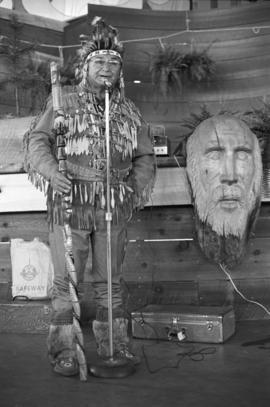 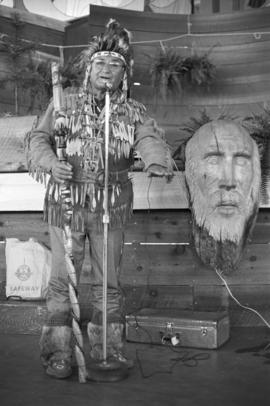 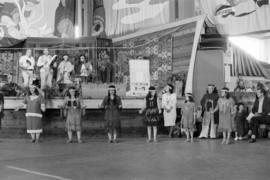 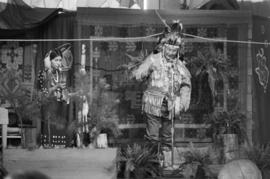 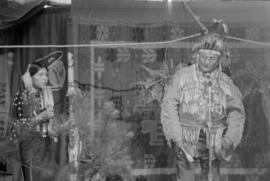 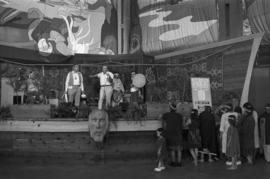 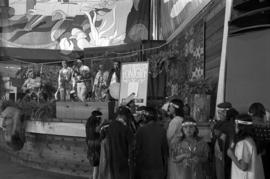 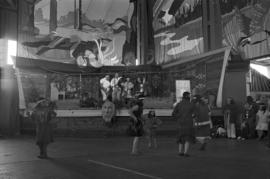 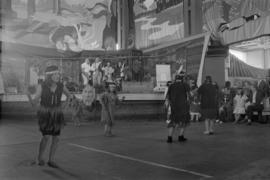 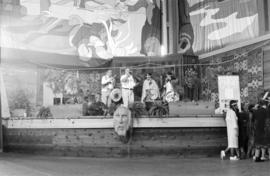 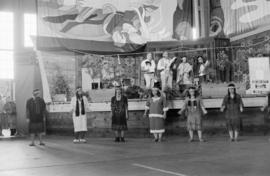 "The 2010 Olympic Games in not about sports, it's about making a killing. Several official Olympic sponsors are the worst criminals colonization and capitalism has produced. All have directly supported and financed the theft of indigenous territory, social cleansing and ecological destruction. . . ." Brochure discusses Olympic sponsors McDonald's, Coca-Cola, Dow Chemicals, General Electric, Birks, and EPCOR.

Item is an audio cassette containing a recording of speeches by Milton Lawrence Born With A Tooth and Joan Philip (Okanagan Tribal Council). Description from inside tape case: "Milton Born With A Tooth, a spokesperson for the Lonefighters Society of the Pagan Nation, Alberta, was arrested in mid September 1990 on weapons charges. Along with other Lonefighters, he had attempted to divert the Oldman River and disrupt the dam construction. RCMP officers moved onto Peigan territory, and held an armed standoff against the Lonefighters. Only recently, he has been released on bail while he appeals his conviction and 18 month prison sentence, and is not in Vancouver for a brief West Coast tour."

#7 Milton Born With A Tooth : Lonefighters' Society : Peigan Nation [side A]

#7 Milton Born With A Tooth : Lonefighters' Society : Peigan Nation [side B]

A brief concerning an act to replace the Indian Act : submitted to the Prime Minister and the Cabinet and particularly to the Minister of Citizenship and Immigration 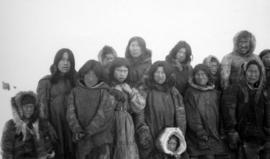 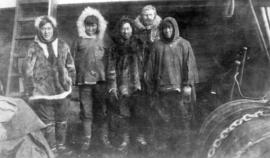 A Kwagutl version of portions of the Book of common prayer.

A monograph of the totem-poles in Stanley Park

A Spanish voyage to Vancouver and the North-West coast of America: being the narrative of the voyage made in the year 1792 by the schooners Sutil and Mexicana to explore the Strait of Fuca; translated from the Spanish with an introd. by Cecil Jane. 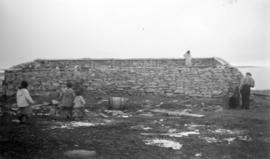 [A stone building under construction]

Aboriginal land claims : what is at stake?

"The B.C. treaty referendum is an opportunity for the working people of B.C. to show what they are made of. Do not boycott! Write 'unacceptable' on the ballot and mail it in! This will be a political statement of support for the First Nations. . . . " Item is an illustrated map of Vancouver and the North Shore. Locations on the map are given in the original native languages. A legend provides translations of the location names. The map is illustrated with images of animals, trees and a large image of a totem pole.

Annual Report of the Department of the Interior

Annual report of the Department of Indian Affairs

Item is an audio reel containing multiple segments from various episodes of Behind the News. Topics include: Anna Mae Aquash and the AIM movement; the AIM movement and the construction of pipelines in North America; the Pine Ridge Reservation; and social services for children in Gastown.

Part is an audio recording of a segment from Behind the News about Anna Mae Aquash (an AIM member) and her involvement in Wounded Knee.

Black robes and Indians on the last frontier : a story of heroism. 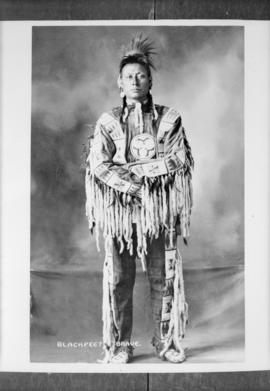 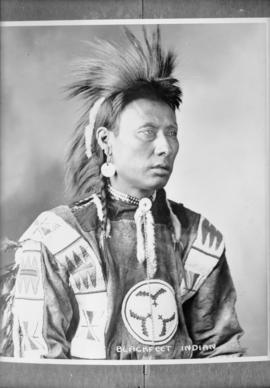 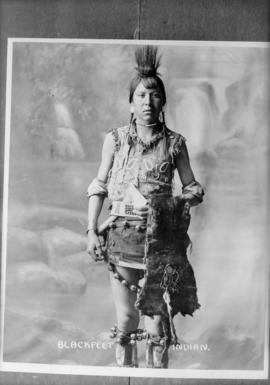 Board of Trade - Williams Lake - [Young man demonstrating a lasso] 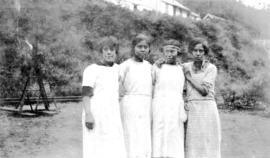 [Board of Trade trip - Four girls standing outside] 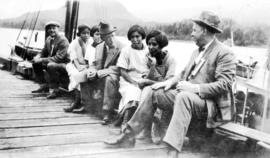 [Board of Trade trip - Members speaking with First Nations girls] [Board of Trade trip - View of First Nations sculpture]

Item is an audio cassette containing an episode of Brown Bagger featuring a recording of the President's Speakers Series held at the UBC Museum of Anthropology on the topic of First Nations Women in Leadership Roles. The event was co-sponsored by the First Nations House of Learning and the Museum of Anthropology. The talk was moderated by Rosalyn Ing of the Native Education Centre. Speakers include: Carol Geddes and Catherine Teneese.

Item is an audio reel containing a recording of an episode of Brown Bagger featuring a talk by Herb George. Description on tape case: "Response to the decision by Judge McEachern to the Gitksan Wet'Suwet'En land claim; Gitksan Chief Herb George gives the Native response and Prof. Michael Jackson puts it in legal context."

Item is an audio reel containing a recording of an episode of Brown Bagger featuring talks by Charan Gill and [Marie Cooper]. Description on tape case: "Charan Gill is from the BC Organization to Fight Racism (and a long time NDPer); recorded by the co-op program Sumaiee Dhee Awaaz."

Item is an audio reel containing a recording of an episode of Brown Bagger featuring a talk by Lilian Howard. Description on tape case: "Conference: Native Issues: The History of Colonization put on by Talks Not Tanks; Lilian Howard talks about 'Life Before Contact On The West Coast'; Rose James talks about 'a witness' and 'government [as] organized crime'."