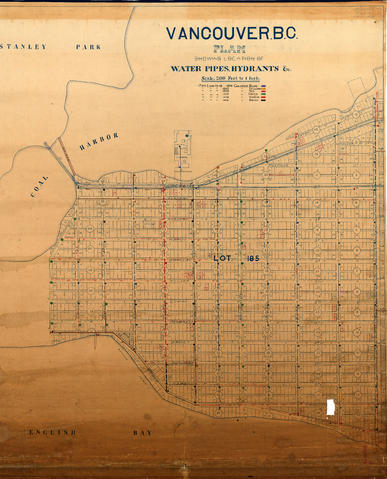 There is staining and discolouration on the map, particularly in the bottom half. Some missing areas. Reinforcing tape has been stitched along the bottom edge.