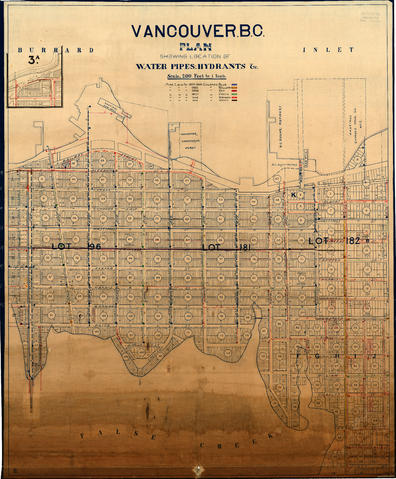 Item is a map showing the location of water pipes and hydrants for the Downtown Eastide and Strathcona west of McLean Drive (D.L. 181, D.L. 182B, D.L. 196). The sheet also includes an inset map of the area bounded by Columbia Street, Alexander Street, Westminster Avenue and Powell Street. Pipes and hydrants are shown in various coloured inks to indicate date of installation.