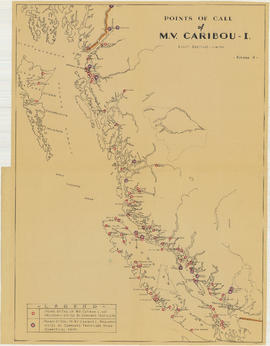 In 1853 Andrew F. Gault and J. B. Stevenson founded the wholesale textiles firm Gault, Stevenson and Company in Montreal. Four years later, Stevenson left the firm; thereafter Robert Gault joined his brother to form Gault Brothers Limited. The firm manufactured and distributed textiles. Attracted by the growing market on Canada's West Coast, the firm established a branch in Vancouver in 1899. Henry A. Stone was appointed manager. By 1906, the firm moved to larger premises at 361 Water Street. In 1915, the firm acquired a local work clothing company to ensure a continuous supply of goods for its customers. In 1918, local interests assumed control of the firm. In 1930, the federally chartered firm was succeeded by a B.C. company of the same name. Gault Brothers established a marine subsidiary, Caribou Shipping in 1936. In 1952, the marine service was replaced by an air service. In 1971, the company was sold to New York interests. Gault Brothers was last operating as a division of J.J. Newberry Canada Ltd.