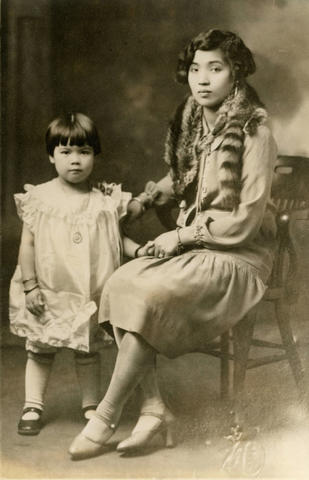 Collector/curator's description reads: “Circa 1924, Vancouver. Wong Mark Shee with her daughter Helena Wong. Mark Shee was the second wife of Wong Chew Lip who owned Ming Wo Hardware (later known as Ming Wo Cookware) which opened on East Pender Street in Vancouver around 1922. Helena would take over running the store later.”