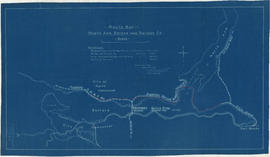 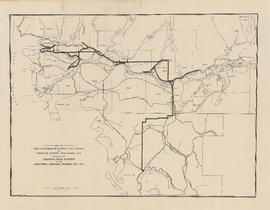 William McNeill (1867-1960) came to B.C. in 1891. He worked in various provincial government offices, including treasury, mining, lands and works, for seven years. In 1898 he entered private business, becoming Vice-President of the Vancouver, Westminster and Yukon Railway, and secretary of the Stave Lake Power Company. Between 1904 and 1908 he negotiated and purchased right-of-way into Vancouver for Vancouver, Victoria and Eastern Railway. In 1908 he secured investments in Montreal and London to develop a power plant on the Stave River. The Stave Lake Power Company sold out to Western Canada Power Company in 1909 and McNeill became a director and manager of the company. McNeill was also a private secretary to John Hendry, President of B.C. Mills Timber and Trading Company (formed by the merger of Hastings Saw Mill and Royal City Planing Mills) and of the Vancouver, Westminster and Yukon Railway and other companies. Hendry had various investments in timber mills, railroads, mining and power plants, and McNeill served as his agent in many business transactions in B.C., Ontario and England. In 1898 McNeill married Minnie Jean Munsie of Victoria. In 1913 McNeill resigned his positions with Vancouver, Westminster and Yukon Railway.

The fonds consists largely of correspondence with John Hendry and includes related materials such as reports, maps, brochures, and legal and financial records; the fonds also includes correspondence with employees, lawyers, bankers, and federal and provincial government officials.