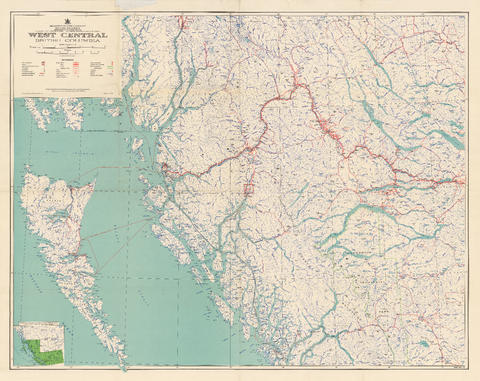 Item is a map of the central British Columbia coast including Haida Gwaii and the mainland from Stewart in the northwest to Kleena Kleene in the southeast. Map shows cities, municipalities, and settlements, post offices, government agents, railways, roads, ferry and steamship routes, air and seaplane ports, parks, campsites, glaciers, customs ports of entry, and elevations of mountains. An small key map shows the primary map's location in relation to the rest of British Columbia and other maps published in the same series.

A digital copy is available.

Access to original material is restricted for preservation reasons.