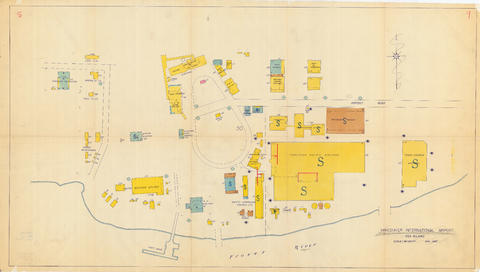 The association promoted general safety and protection over insurable entities such as building construction, automobiles, and personal property. In its early years, the association's focus was on fire protection and insurance, later expanding to include other types of property protection.

The title and compass rose of the map have been scribbled over in pencil.

Available on microfilm in reading room.

Title and compass have been scratched out in pencil.