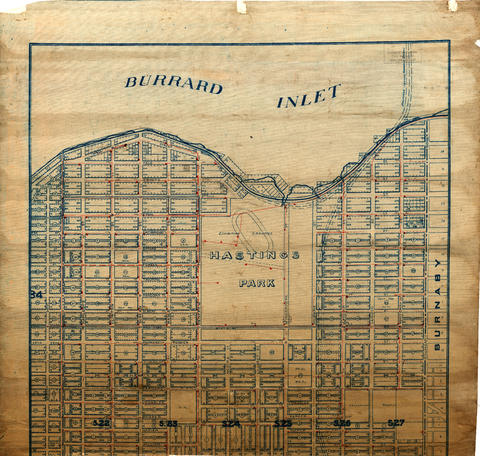 Map is a plan showing the location of water pipes and hydrants in the area between William Street and Burrard Inlet, and Garden Drive and Boundary Road. Pipes and hydrants are indicated in red, with some additional annotations made in black ink. Map includes Hastings Park and the proposed Second Narrows Bridge.