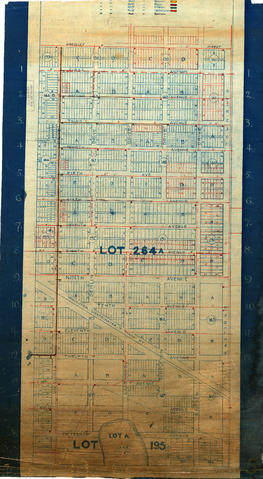 Item is a map showing the location of water pipes and hydrants for the years 1905 to 1909 in the area from Graveley Street to 15th Avenue and Victoria Drive to Hastings Townsite (D.L. 264A and D.L. 195). Pipes and hydrants are shown in various coloured inks to indicate date of installation.

The top portion of the map, with the title and part of the index, is missing.