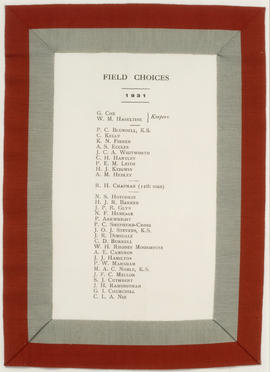 The United Empire Loyalists are the descendants of those American colonists who remained loyal to the Kingdom of Great Britain (and the British Monarchy) during the American Revolutionary War (1775-1783) , many of whom relocated following the war to what would become Ontario, Quebec, New Brunswick and Nova Scotia, as well as other British colonies. The United Empire Loyalists’ Association of Canada Vancouver Branch is a non-profit society dedicated to genealogical research and the perpetuation of the memory of Loyalist heritage.

To preserve, promote and celebrate the history and traditions of the Loyalist epoch in Canadian history by:
1) Uniting in a Canadian association the descendants of those families who, during the American Revolutionary War, sacrificed all to retain their loyalty to the British crown;
2) Collecting and cataloguing portraits, documents, books, weapons, flags, clothing and other artifacts relating to the United Empire Loyalists;
3) Publishing an historical and family research journal, books and newsletters as well as educational resource materials encouraging scholarship and publication about Loyalist history and demography;
4) Erecting, constructing and repairing buildings, monuments and memorials in Canada to perpetuate the memory of the Untied Empire Loyalists;
5) Increasing public awareness of the Loyalist contributions to Canada and preserving, defending, and promoting Loyalist heritage within Canadian society, by developing and participating in projects and activities which honour and celebrate the memory of the United Empire Loyalists;
6) and defending and promoting the values and institutions fundamental to Canada’s United Empire Loyalist heritage and, in particular, the Constitutional Monarchy, the Commonwealth, Parliamentary Government, the Rule of Law, Human Rights and Unity.
(UELAC website, accessed 17-07-2012)

In satisfaction of this mission, the Vancouver Branch studies, consolidates, and proselytizes information regarding the Loyalists, their genealogy, and their contributions to Canadian society; information is shared among members (through meetings, speakers, conventions, seminars, branch newsletters, and the Loyalist Gazette) and with the broader public (through special events, lesson plans, publications, educational exhibits, and other initiatives). The society also provides guidance to those attempting to document lineage back to a Loyalist ancestor, and recognizes adequately documented lineages with a certificate and the opportunity to become a Regular member; many members also append the Loyalist post-nominal initials “U.E.” to their names as decreed by the Dorchester Resolution of 1789.

Fonds consists of administrative, operational and executive records of the Vancouver Branch of the United Empire Loyalists Association of Canada (UELAC). The records document the social and organisational activities of the Branch, and its relations with other UELAC Branches and Dominion head office.

Access to some records is restricted. Please refer to series descriptions for more information on access restrictions.