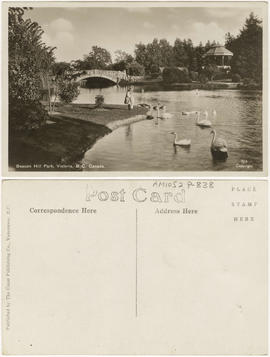 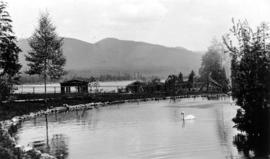 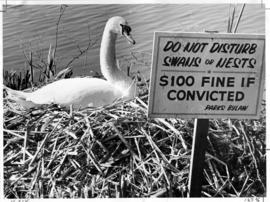 Item is a photograph showing European mute swan sitting on nest of four eggs at Lost Lagoon in Stanley Park. Caption from Vancouver Express: "European mute swan sits patiently on her nest in Stanley Park's Lost Lagoon, waiting for her four eggs to hatch. Park board signs warn there is a $100 fine for molesting the graceful birds or their nests. Signs don't deter human hooligans and many of the park's raccoons who are not reluctant to disturb swan's eggs." 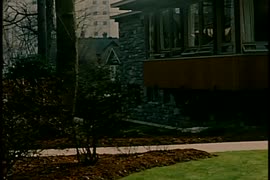 Opening of 2099 Beach [Vancouver Board of Parks and Recreation building]

Part of Vancouver Board of Parks and Recreation fonds

Item is a documentary film documenting the opening of the Board of Parks and Public Recreation building at 2099 Beach Avenue as well as recreational activities and special events in Stanley Park. The film contains footage of the ribbon cutting ceremony with crowds in attendance as well as winter snow scenes with people, ducks and swans in the park. Other recreational activities documented include log rolling in a pool, diving, and poolside sunbathing. The film also documents the unveiling of the statue of Lord Stanley in Stanley Park and concludes with footage of a baby polar bear. 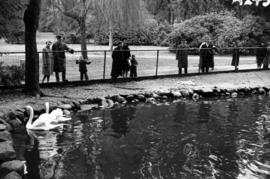 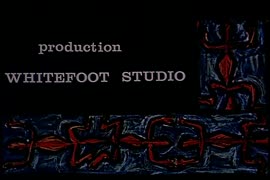 Part of Vancouver Board of Parks and Recreation fonds

Item is a documentary film documenting Stanley Park including recreational activities and special events in the park. The film contains footage of traffic entering Stanley Park, Lions Gate Bridge viewed from the park, totem poles, as well as scenes of trees and flower gardens that show the park in bloom. The film documents people engaging in a variety of the park?s recreational activities as well such as horse back riding, walking, playing cricket, purchasing ice-cream from the ice-cream stand, golfing, swimming and playing in the water at the beach. The film also contains footage of track and field sports taking place at Brockton Oval including shot-put, discus, running races, high jumping, and pole-jumping. In addition, the film documents a visit to the park by Princess Elizabeth and her husband Prince Philip, Duke of Edinburgh, as well as people building the sea wall. Children are also featured in the park playing on the playground equipment, riding the Stanley Park Miniature Railway, and interacting with the animals at the petting zoo. Various animals in Stanley Park and the zoo are also documented including swans, ducks, raccoons, monkeys, sea lions, penguins, sea otters and a peacock. 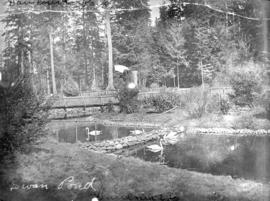 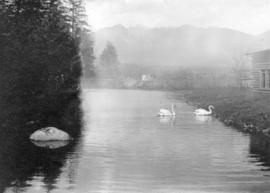 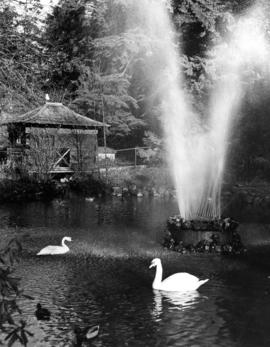 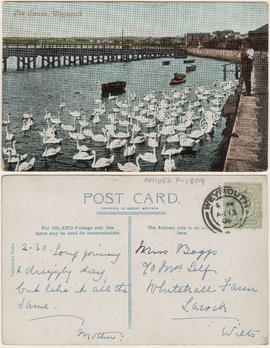 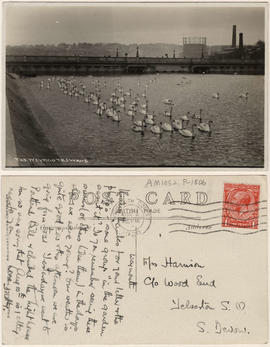 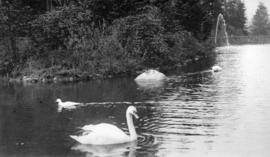 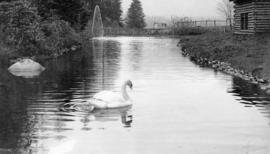 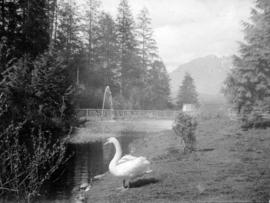 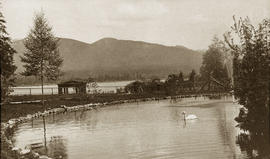 View of the duck pond and Lumberman's Arch in Stanley Park 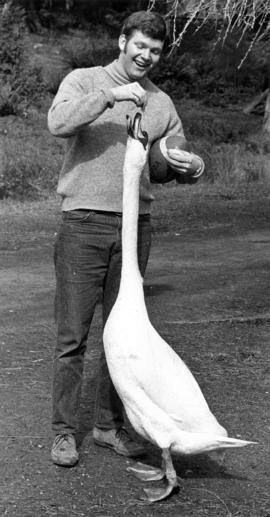