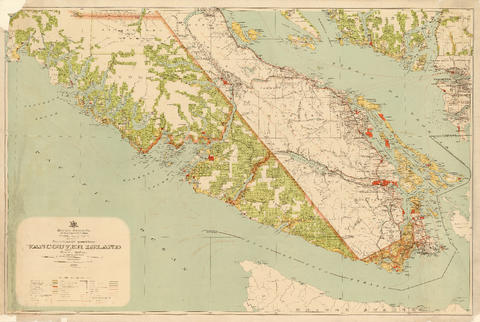 Item is an economic map which depicts Vancouver Island south of Buttle Lake, as well as coastal areas of the mainland from the approximate location of Britannia Beach, south and the northern coast of the Olympic Peninsula. Information included in the map include Timber Licenses, Indian reserves, other land reserves, municipal boundaries, District Lots outside municipalities, geographic features (not including topography), transportation routes, and parks.

Restored. Map has been backed with linen.