File : MAP 875 - Sketches of the landscape and trails along the Fraser River with notes on wagon road construction 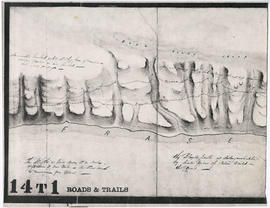 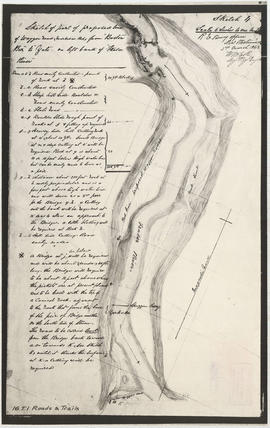 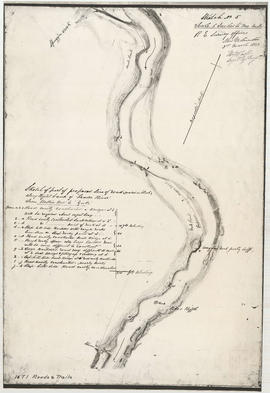 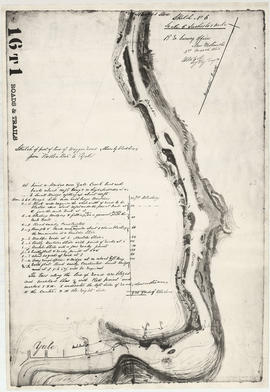 The Corps of Royal Engineers, ordinarily called the Royal Engineers (RE), and commonly known as the Sappers, is one of the corps of the British Army.

The Corps provides military engineering and other technical support to the British Armed Forces and is headed by the Chief Royal Engineer. The Regimental Headquarters and the Royal School of Military Engineering are in Chatham in Kent, England. The corps is divided into several regiments, barracked at various places in the United Kingdom of Great Britain and around the world.

The Royal Engineers trace their origins back to the military engineers brought to England by William the Conqueror, specifically Bishop Gundulf of Rochester Cathedral, a talented military engineer, and claim over 900 years of unbroken service to the crown. Engineers have always served in the armies of the Crown; however, the origins of the modern corps, along with those of the Royal Artillery, lie in the Board of Ordnance established in the 15th century.

In 1716, the Board formed the Royal Regiment of Artillery and established a Corps of Engineers, consisting entirely of commissioned officers. The manual work was done by the Artificer Companies, made up of contracted civilian artisans and labourers. In 1782, a Soldier Artificer Company was established for service in Gibraltar, and this was the first instance of non-commissioned military engineers. In 1787, the Corps of Engineers was granted the Royal prefix and adopted its current name and in the same year a Corps of Royal Military Artificers was formed, consisting of non-commissioned officers and privates, to be officered by the RE. Ten years later the Gibraltar company, which had remained separate, was absorbed and in 1812 the name was changed to the Corps of Royal Sappers and Miners.

In 1911 the Corps formed its Air Battalion, the first flying unit of the British Armed Forces. The Air Battalion was the forerunner of the Royal Flying Corps and Royal Air Force.

File consists of four photocopies of portions of maps made by the Royal Engineers showing data from surveys of the Fraser River from Boston Bar to Yale, and an unidentified portion of the Fraser River, presumably relating to proposed roadworks.

Copies made from originals held by the Provincial Archives of British Columbia.

Use microfiche copy in the Reading Room.