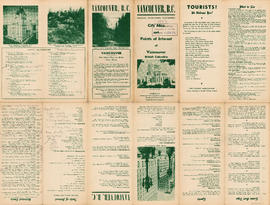 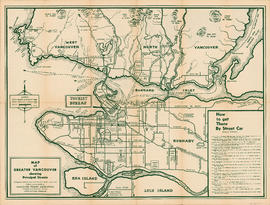 Calvert Simson, born in Penrith, England, in 1862, left London in 1883 and sailed to Victoria, arriving in 1884. From Victoria he went to New Westminster, where he worked as a night watchman for the Dominion Sawmill. He worked as a shopkeeper on the beach in Granville and later as a storekeeper at Hastings Sawmill until 1891. He was also Granville's last postmaster, from 1884 to 1886. Simson managed the Chandlery Department of T. Dunn and Co. from 1893 to 1902. In 1902 he moved to the Ship Chandlery Department of Boyd Burns Co. In 1908, Simson and Arthur Balkwill opened up their own company, Simson-Balkwill Co. Ltd. Ship Chandlery and Engineering Supplies. They remained in business until 1929 when they sold their interest to Gordon and Belyea Ltd. Simson died in 1958. Jean Chrow, sister of Calvert Simson, married William Chrow. She died March 4, 1948. Gordon Simson is the son of Calvert Simson.

Presented by George Simson of Vancouver.