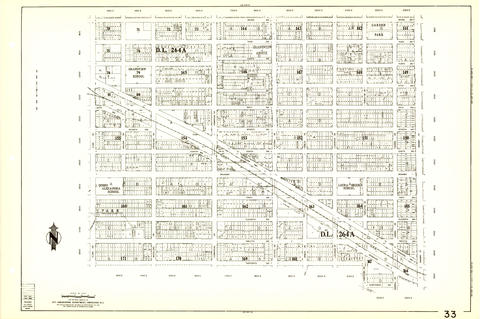 Since its foundation, Engineering Services (or, as it was referred to until 1995, the Engineering Department) has been the largest department in the City administration, providing many of the City's mandated functions for developing and maintaining the City's infrastructure of roads and bridges, waterworks, sewers and sanitation.

The Vancouver Incorporation Act required the appointment of an engineer, and the City did so under Bylaw #1 (1886). Despite technological changes, the department has remained remarkably consistent in functional responsibilities: over the years, the Engineering Department/Engineering Services has been responsible for the construction and maintenance of streets, lanes, sewers, water works, and bridges, as well as for traffic management, sanitation, garbage collection, and parking. With the rapid growth of the city, the Department’s role changed from a supervisory role (overseeing and inspecting the work of contractors) to having full-scale operations divisions.

There were a few instances of major reorganization in the history of the Engineering Department. Following a departmental review by external consultants in 1954, the department underwent a major restructuring of its organizational framework. Formerly, divisions had been based on the type of operation each performed. The review called for three basic divisions. One major division was for administration and design and the other for operations. Each of these divisions would oversee the different functions as they related to design or operation. A third division for traffic management continued to exist in the same fashion as before the rearrangement. This structure remained in place for only a few years.
Another major reorganization occurred in 1966 when the Electrical Department was incorporated as a division within the Engineering Department (impetus for this change came from the formation of the Permits and Licenses Department which took over inspection activities while Engineering took over engineering and works aspects.)

The broad range of functions of the Department has included:

Item is a section showing the area from Clark Drive to Nanaimo Street and Thirteenth Avenue to Second Avenue. Includes streets, blocks, lots and legal descriptions, and the locations of parks, schools and railways.