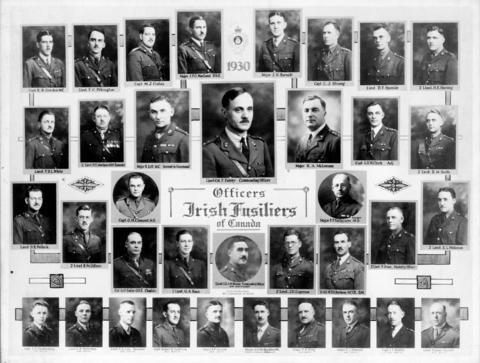 Portraits of the Officers of the Irish Fusiliers of Canada - 1930