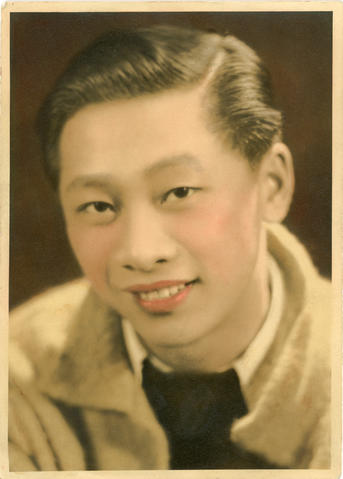 Collector/curator’s description reads: “C. 1930s, Vancouver. Hand coloured portrait photo of Peter Chow, the oldest son of commercial photographer Yucho Chow. Peter took over the running of the studio when he father died in November 1949. He operated the business with his brother Philip Chow, until they both retired in 1986. Peter was married to Helena (Wong) Chow and together they have 8 children. Peter was born in 1915 and died in 1996.”