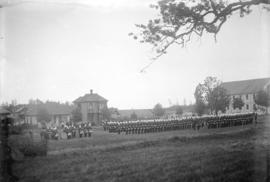 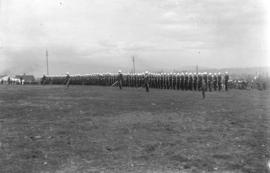 [1st and 2nd Battalions at the 5th Regiment, Canadian Garrison Artillery, at the Cambie Street Grounds] 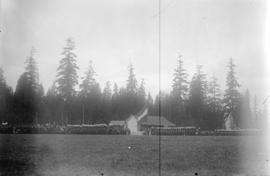 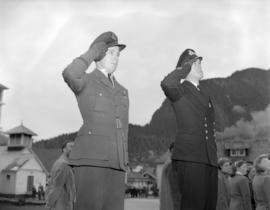 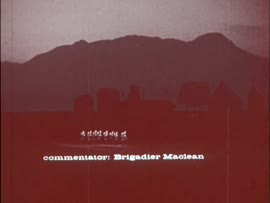 Item consists of a motion picture film depicting highlights of the Military Searchlight Tattoo at Empire Stadium as a part of the Vancouver International Festival marking the city's 75th anniversary. The film also includes scenes of the SS Canberra entering the harbour, aerial views of the city, members of the New York Ballet Company playing on the beach, soldiers on a trampoline, and scenes of fishing in a river.

The tattoo itself includes bugle calls, military marching bands from around Canada and the UK, pipe bands, Scottish dancing, and a Royal Air Force gymnastic exhibition. The finale of the tattoo involved all 1066 performers on the field of Empire Stadium. 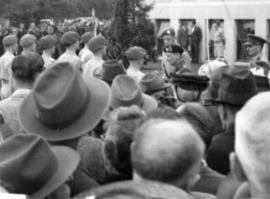 A group of people watching a military inspection

A memorial service to express the sympathy of the people of Canada and the citizens of Vancouver with the emperor, the navy and the people of Japan 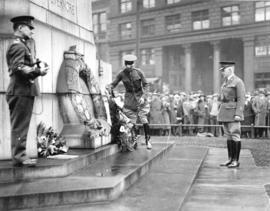 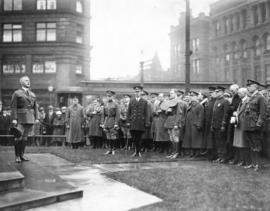 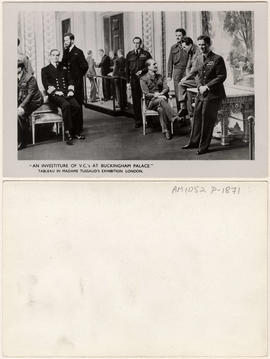 "An Investiture of V.C.'s at Buckingham Palace". Tableau in Madame Tussaud's Exhibition, London 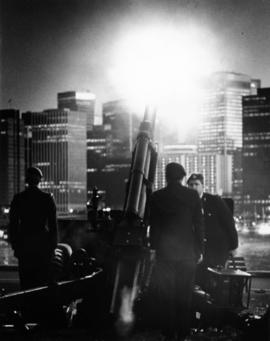 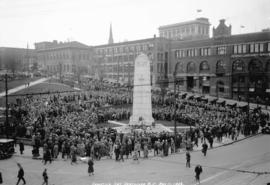 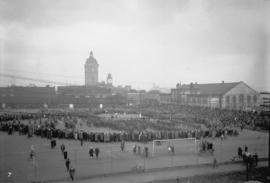 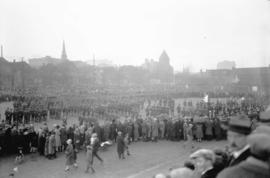 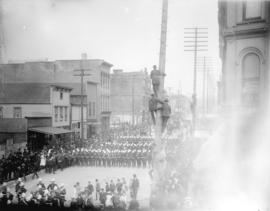 Photograph shows soldiers in street, and spectators on sidewalks and up power poles. J.S. Matthews' notes with print or negative in Archives. 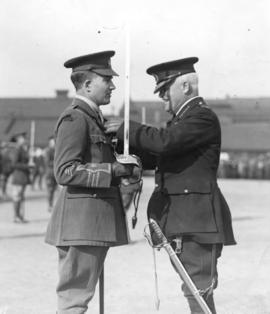 Canadian Memorial Chapel, dedicated in 1928 at Vancouver, British Columbia, Canada to the glory of God and in memory of those who made the supreme sacrifice for Canada, 1914-1918 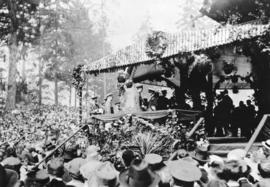 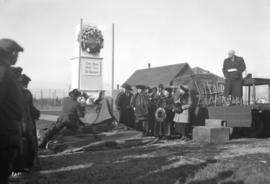 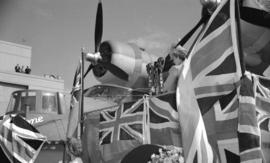 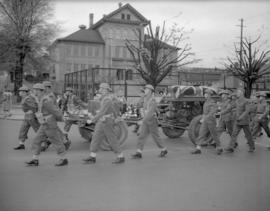 Photograph shows a casket on a gun carriage 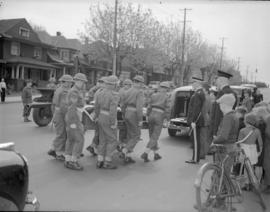 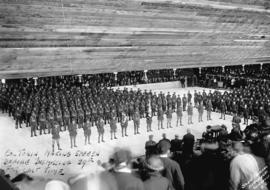 Concert : the Trumpeter Band of the Mounted Arms, Royal Netherlands Army, and the Pipes and Drums of the Seaforth Highlanders of Canada commemorating the 50th anniversary of the liberation of the Netherlands by Canadian forces in 1944-1945 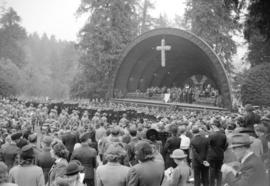 [Crowd gathered at a military service at Malkin Bowl]

Photograph shows large cross hanging above an orchestra on the stage at Malkin Bowl, probably for a Remembrance Day service. 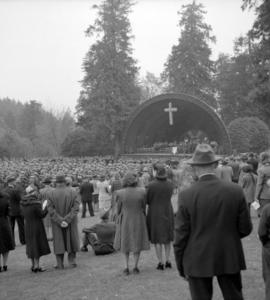 [Crowd gathered at a military service at Malkin Bowl] 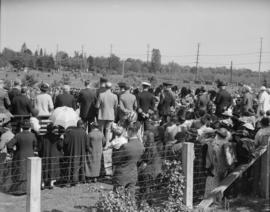