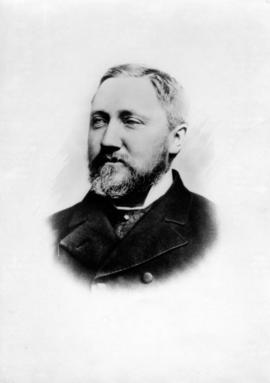 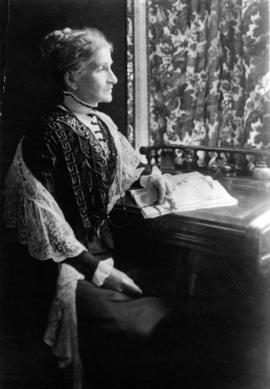 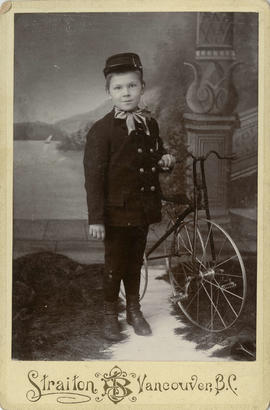 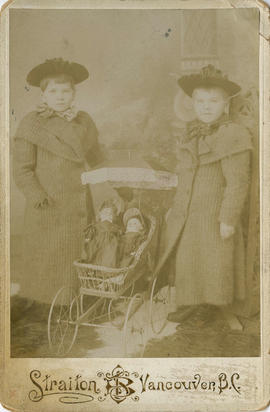 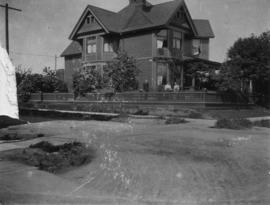 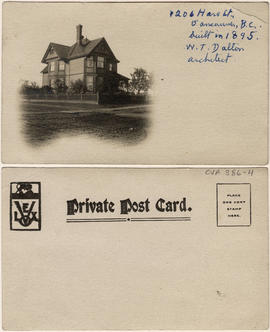 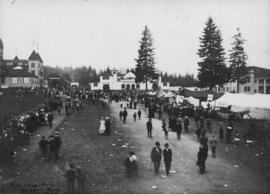 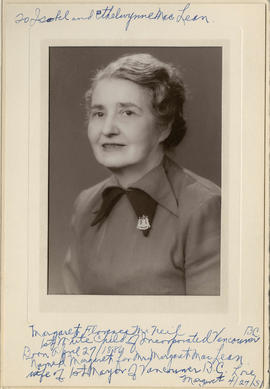 James McQueen and his family came to Vancouver from Dundas, Ontario, in 1891. McQueen, a businessman, served as alderman on City Council, 1897-1900 and 1902-03. His brother-in-law, Dr. James Wetham, built Wetham Block at the northeast corner of Cambie and Cordova Streets. He also established one of the first private boys' schools in B.C., in 1891, but it was unsuccessful and closed in 1893. McQueen's son, George, was a barrister and served for several years as a police magistrate and member of the Police Commission until his death in 1944. McQueen's daughter, Kate (1884-1982), graduated from McGill University (B.C. branch) in 1908 and taught English at King Edward High School until her retirement in 1944. She was active in many women's groups, serving as President of the University Women's Club, 1912-13. Miss McQueen was also an avid hiker.

The fonds consists of correspondence, clippings, photographs and personal reminiscences of the McQueen family, including a series of letters from a James McQueen in Edinburgh, Scotland, 1782-1796 re: the French revolution, West Indies slave trade, parliamentary reform, corn laws and a variety of contemporary political and social events, family and personal matters; minutes of the Women's Educational Club, 1913-1919; a Whetham College calendar; miscellaneous papers of the Shaughnessy Heights Property Owners' Association, 1953-1966; a taped CBC interview with Kate McQueen, 1978; copies of the Westminster Hall Magazine and the Westminster Review, 1911-1917; photographs depicting the family, the family home, and Queen's Park fairgrounds; and materials relating to numerous organizations, including the Vancouver Art Gallery and Museum, King Edward High School, the Vancouver Pioneer's Association, and various women's clubs.

Photographs in this fonds have been assigned catalogue numbers with the prefix CVA 246 and CVA 386.