Item : MAP 8a - Map showing the line of boundary between the United States and British possessions 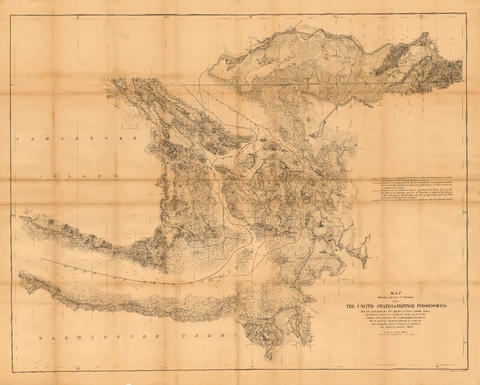