Item : MAP 19 - Map of the Province of British Columbia 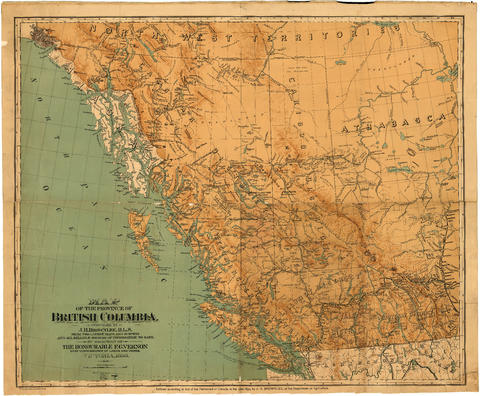 Map of the Province of British Columbia

compiled by J. H. Brownlee, D.L.S., from the latest maps and surveys and all reliable sources of information to date

Item is a a map of the province of British Columbia as well as parts of Alberta and the Northwest Territories. The map depicts the route of the Canadian Pacific Railway, including all the stations between Calgary and Vancouver. Also shown are the railways between Nanaimo and Victoria on Vancouver Island and between Edmonton and Calgary in Alberta

Map has been backed with linen.