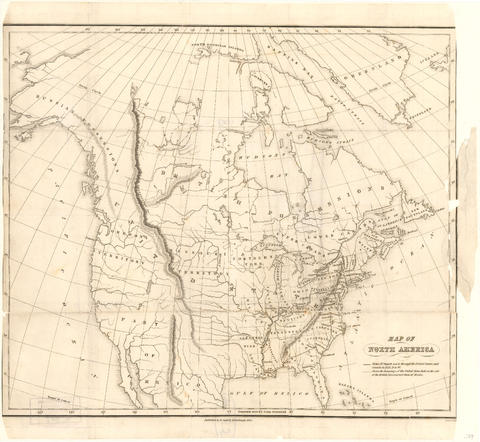 Item is a map showing "Mr. Stuart's route through the United States, and Canada in 1828, 29 & 30" and "the boundary of the United States, both on the side of the British Possessions, & those in Mexico." The northern border of United States territory west of the Rocky Mountains is incorrectly noted at 54/40, to reflect American claims of the time.

Left and right edges have been cut off.