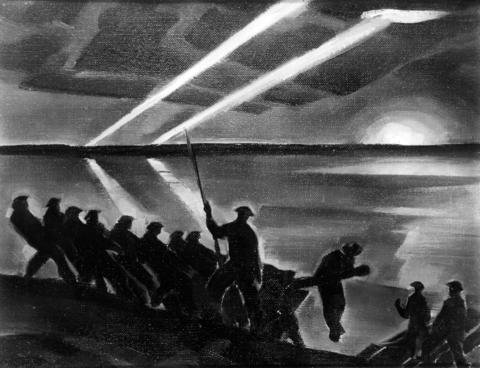 Item is a photograph of an oil painting by Canadian war artist Lieutenant (later Captain) George D. Pepper. The scene is of troops of the Royal Highlanders of Canada (The Black Watch) lowering six PDR anti-tank guns into storm boats at Burton-upon-Strather, North Lincolnshire, England. The photographs were sent to Brigadier Sherwood Lett from England to his Vancouver address in September 1944.