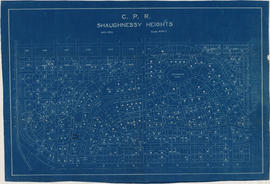 Leon Johnson Ladner was born in Ladner, B.C. on November 29, 1884. After articling with Sir Charles Tupper in Vancouver he was admitted to the Bar in 1910. Active in the Conservative Party he was elected to the House of Commons in 1921 and served as MP for Vancouver South until he was defeated in the 1930 election. He returned to the practice of law and formed his own firm, Ladner, Carmichael, & Downs although he remained deeply involved with the Conservative Party both provincially and federally. He was appointed to the Senate of the University of British Columbia for two terms, 1957-1963, and served on the Board of Governors. He also lectured on income tax for nine years at the UBC Law School. In 1972 his book, The Ladners of Ladner: By Covered Wagon to the Welfare State, was published. Ladner died in 1978.

The fonds consists of records Leon Ladner compiled or collected which document his personal and family life, his political career and interests and his involvement with the University of British Columbia. The records include diaries, correspondence, memos, speeches, newspaper clippings, publications and photographs.

Arranged as best as could be discerned according to the original
subject organization which had been disrupted by Ladner when he was preparing his manuscript .

Two files whose original location has not been found were removed to the vault - see spreadsheet (one letter and papers of Ladner Downs Law Firm ca. 1974)