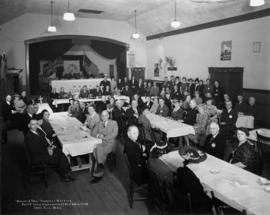 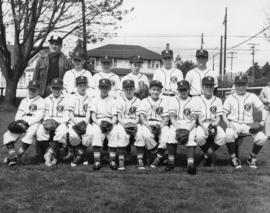 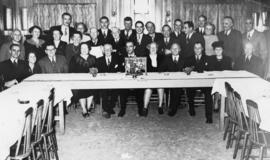 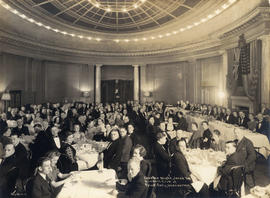 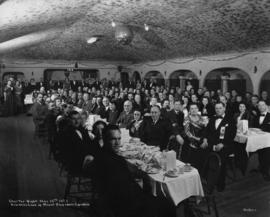 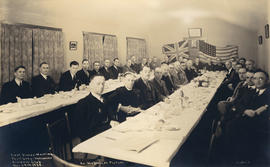 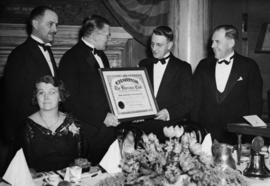 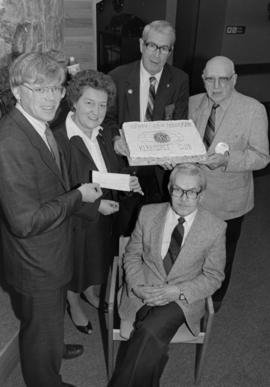 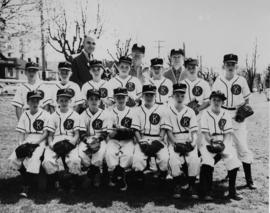 The Kiwanis Club of Kerrisdale was originally incorporated under the Societies Act, on December 6, 1938, as the Kiwanis Club of Point Grey . It was part of the larger organization, Kiwanis International whose objectives are to provide service to society via its individual member groups. It is dedicated to "the application of higher social, business, and professional standards" (Kiwanis International Statement of Objectives). There is no evidence of disbandment of the Point Grey Club. The name/location change initiating the beginning of the Kiwanis Club of Kerrisdale occurred officially, under the same act on March 14, 1953. (Apparently after the name/location change, a second Point Grey Kiwanis Club was formed , known as the Kiwanis Club of West Point.) The Kiwanis Cub of Kerrisdale's service to the community consisted of donations to such bodies as the Alzheimer Association, Western Institution for the Deaf, BC Boys Choir and Vancouver Youth Symphony Orchestra, Westside Family Place, Boy Scouts, Canadian Mental Health, and the Salvation Army among others. They also supported higher education in the form of scholarship awards to secondary school and university students. These donations were accumulated through such fundraising efforts as their Annual Dog Shows. The club was part of the Pacific Northwest District of Kiwanis International and in 1948, the Kiwanis Club of Point Grey won the First Prize Achievement Award for that year in that division. The club held a formal celebration for its 50th. Anniversary in 1988. It disbanded on January 21, 1992.

The records of the Club were stored in two separate locations before being transferred to the Archives: in the basement of Jarvey Lofvendahl and in a cabin at Crescent Beach. The cabin was broken into in the 1990s and the records moved to an unknown location where they ended up getting wet. Consequently, some of the records were disposed of.

The fonds consists of the records of the Kiwanis Club of Point Grey and the Kiwanis Club of Kerrisdale. The majority of the files are of the Kerrisdale club. They comprise some agenda and minutes, correspondence, scrapbooks, news bulletins, documentation on their dog shows, information relating to their presentations of scholarships, information on their 50th. Anniversary celebration and photographs. Arranged into 11 series by the archivist and listed chronologically.

The fonds was acquired in a variety of boxes and bags in no particular order and therefore had to be arranged by the archivist.