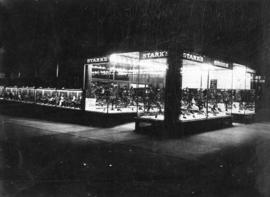 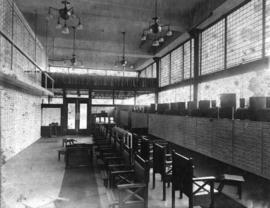 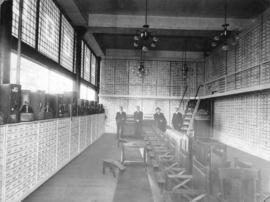 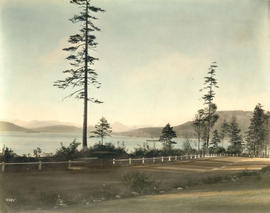 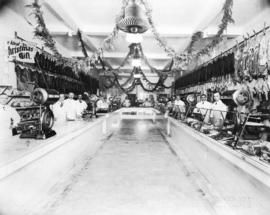 James Inglis Reid (1874 1952) was a Scotsman, born in Waterside, Kirkintilloch Parish, who immigrated to Vancouver in 1906. Reid found employment with Edgett s Grocery; however, he soon established his own business. He sold hams and various types of bacon, including Ayrshire, which he cured himself. Following the commercial trend of Vancouver at the time, Reid moved his place of business to 559 Granville Street in 1915. Reid incorporated the business as James Inglis Reid, Ltd. on December 24, 1930. It was at the Granville Street address that Reid achieved financial success, wide renown, and a permanent place in the history of Vancouver.

After Reid purchased the property situated at 559 Granville Street in 1922, he began an extensive renovation. The building comprised three stories and a basement. The top floor was converted to a baking area and a kitchen for the production of fresh sausages and other products. The second floor included a business office, locker room, lunch room, storage area, and a space for maturing cheese. The basement was home to the smokehouse, curing operations, coolers, and storage for supplies. The ground floor of the building remained the retail area; however, it was enlarged and the counters and floor were transformed by the installation of white and black marble during the renovation. The lane side of the ground floor had a receiving dock for deliveries, a cooler large enough to hold whole sides of beef, and the main area for meat cutting. The two year renovation was completed in 1924. Nine years later, Reid installed a structural awning over the Granville Street sidewalk. The awning featured (in neon signage) the phrase, adapted from Burns Selkirk Grace, we hae meat that ye can eat that was closely identified with the business.

The multitude of on-site operations and a skilled staff allowed James Inglis Reid, Ltd. to offer a wide selection of fresh meat, hams, bacon, and sausages. These operations included the daily cutting of sides of beef, hogs, and lambs; the curing and smoking of hams and bacon in the purpose built, fire-brick enclosure ( the smokehouse ); and the production of sausages in the third floor kitchen. In particular, the employment of Horatio Nelson Menzies, a fellow Scotsman and experienced butcher who was hired in 1917, helped James Inglis Reid, Ltd. become very well known for its house-made Scottish specialties such as white puddings, black puddings (blood sausage), and most notably, haggis. Production figures indicate that four to six tonnes of haggis was made and sold annually. Reid s haggis was prepared and shipped to townships throughout British Columbia, other Canadian provinces, and to customers in the United States.

Reid was proud of his Scottish heritage and did much to promote its traditions in Vancouver. He was a founding member of the Scottish Society of Vancouver. In addition, the shop served as a gathering point for those interested in Scottish traditions and culture. The celebration of Robert Burns birthday was an annual event. Haggis was supplied to fraternal organizations, churches, businesses, hotels, steamships, and individuals throughout British Columbia for Burns Night Suppers. In addition, the left front display window of 559 Granville Street was decorated with Burns portrait, selected quotations from the poet s work, and memorabilia.

Following the retirement of James Inglis Reid in 1945, Gordon Young Wyness, Reid s son-in-law, became manager of the business. Wyness, an engineer by profession, had gained management experience while working for Burns & Co. Ltd., a meat packing firm, and Canadian Industries Ltd Ammunition Division. He had an understanding of the demands of running a small business since his family had owned and operated a general store in Saskatchewan. James Inglis Reid Ltd., under the guidance of G.Y. Wyness, prospered for another forty years. Throughout his stewardship, the business refined its operations while maintaining its traditions ( Quality First, Value Always ).

By the middle of the nineteen-eighties, commercial patterns had shifted away from the factors that decades ago had attracted Reid to the Granville Street location. The shop was now an anomaly among the financial institutions and large chain stores that dominated downtown. Consequently, the decision was made to close the business when Cadillac Fairview Corporation began the expansion of the Pacific Centre Mall north of Dunsmuir Street. James Inglis Reid, Ltd. ended retail business operations in 1986.

Following the closing of James Inglis Reid, Ltd. in 1986, the records were in the possession of Gordon Wyness, son-in-law of James Reid.