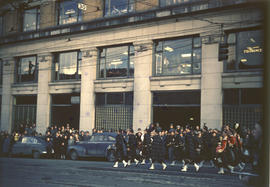 Item is a photograph of the Seaforth Highlanders pipe band marching on Cambie Street outside the west facade of the Daily Province building (198 W. Hastings Street), across from Victory Square. 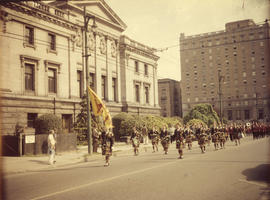 Item is a photograph of the Shriners pipe band marching up Howe Street, the east facade of the Court House is visible behind them and the Georgia Hotel in the background. 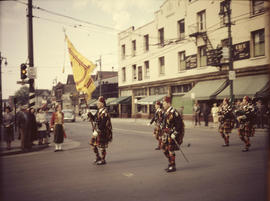