File contains interests and use studies for the Lil'wat Nation and Squamish Nation.

File relates to the investigation of reasons for the collapse of a maintennace building. 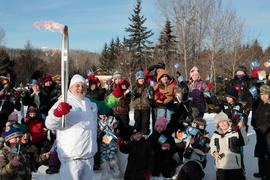 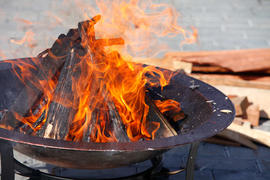 Cauldron at Flame Creation in Whistler, BC Torchbearer 30 Elizabeth Vezina in Victoria, BC

Series consists of photographs taken of the Paralympic Torch Relay (PTR). The PTR took place over ten days from March 3-12, 2010. The images in this series were selected by VANOC staff/contractors from the daily images taken by the photographers assigned to cover the relay, to be used for promotional puproses by VANOC and the PTR corporate sponsor, Royal Bank of Canada (RBC). Each day of the PTR contained similar components: a Flame Creation ceremony conducted by representatives from a First Nation local to the place the PTR was occuring on that day, a Community Celebration event with performers and speakers, and the relay itself. The itinerary for the relay was:

Series consists of photographs from the Torch Relay, which took place from Oct. 30, 2009 to Feb. 12, 2010, as well as photographs from related events immediately prior to the relay, including the lighting ceremony (and rehearsals for the ceremony) in Olympia Greece on Oct. 22, 2009.

The images in this series were selected by VANOC staff/contractors from the daily images taken by the photographers assigned to cover the relay. VANOC organized the images into four groups - one for VANOCs own use, and three for distribution to the relay's corporate and government sponsors: Coca-Cola, Royal Bank of Canada, and the Government of Canada. As such, this series has been organized into three sub-series to reflect these groupings:

The content of the VANOC image set and the Government of Canada image set were found to be identical in content and organization, so only one set was retained, and assigned to a single sub-series. 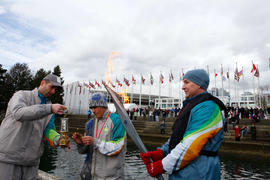 Lighting a Paralympic lantern near the Plaza of Nations 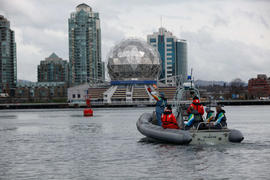 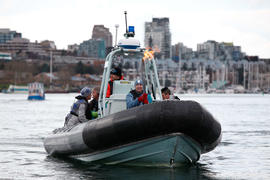 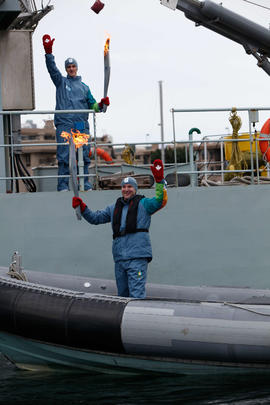 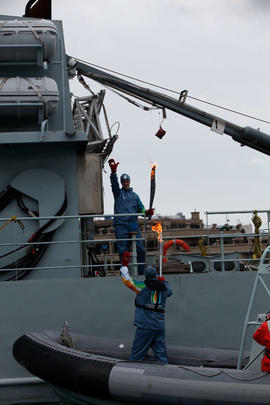 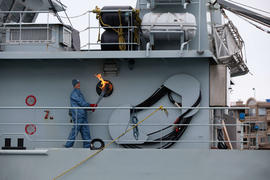 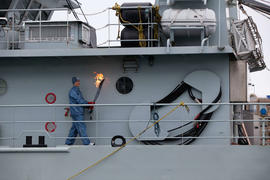 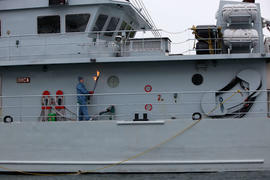 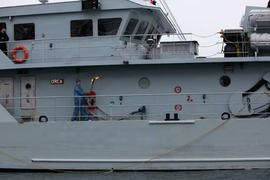 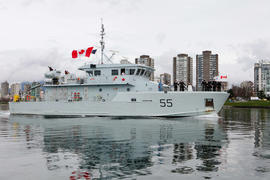 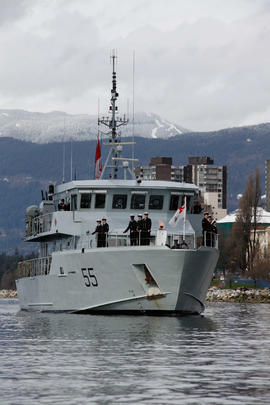 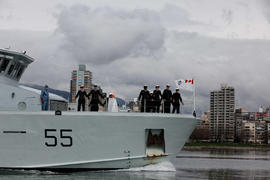 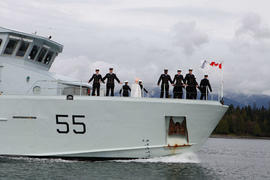 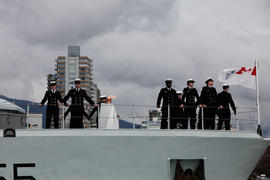 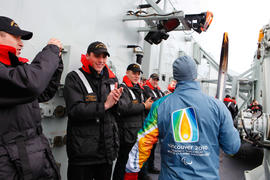 Torchbearer 290 with sailors on board HMCS Vancouver [5 of 5] Torchbearer 290 with sailors on board HMCS Vancouver [4 of 5] 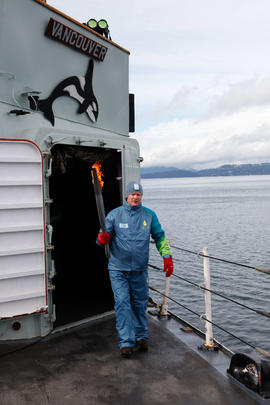 Torchbearer 290 on board HMCS Vancouver