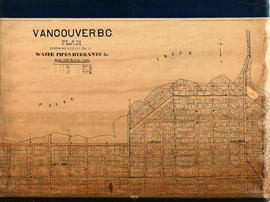 Item is a map showing the location of water pipes and hydrants for the area bounded by Scotia Street, False Creek, Spruce Street and Tenth Avenue (D.L. 526, D.L. 302 and D.L. 200). Block 6 in D.L. 200 was covered by an overlay depicting a later sub-division. Pipes and hydrants are shown in various coloured inks to indicate installation date. Annotations have been drawn on a base map that was part of a larger map. 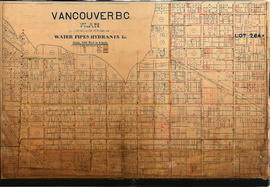 Item is a map showing the location of water pipes and hydrants for the area from Victoria Drive to False Creek to Prince Edward Street to 16th Avenue (D.L. 264A). Pipes and hydrants are shown in various coloured inks to indicate date of installation.

File consists of copies of three architectural drawings of Postal Station 'C' in Mount Pleasant, at Main and 15th Avenue. The building is now referred to as Heritage Hall.

The drawings are two floor plans from the original design of the building and one later drawing of two exterior elevations. 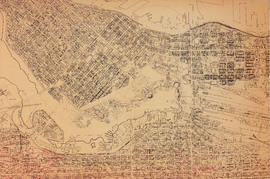 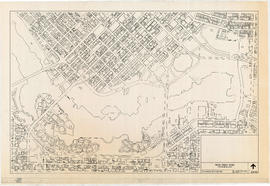