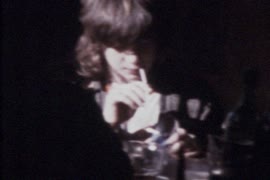 Item is a film showing a mother and child on the front porch of a house, children eating at a kitchen table inside a house, dogs playing, North Shore Mountains and downtown skyline from Habitat grounds, wooden structures and frames inside a Habitat hangar. 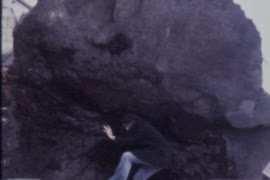 Item is a film showing the Habitat Forum grounds, people posing with log used as part of the Habitat archway, views of the North Shore Mountains and Jericho dock, people walking along the beach, and two different outdoor concerts, one containing nudity. 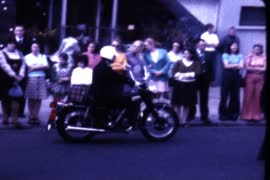 Item is a film showing scenes from a funeral procession [possibly in Ireland], blurry shots of a television screen, a house on a coastal cliff and the ocean, views of the North Shore Mountains from the Habitat grounds at dawn, hangars and lumber at Habitat grounds prior to setup of Habitat. 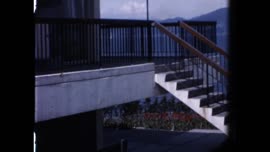