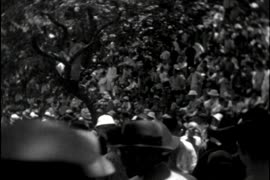 Item is an amateur film from Douglas Scott's time living in Hong Kong which captures a parade which celebrates King George V's Silver Jubilee (as read on banners in the parade). Various groups go down the street, including dragon dances, children in ornate dress carried on litters, people wearing masks, various floats, and musicians, as crowds of Hong Kong residents and expatriates watch. Subsequent footage includes locals working near the docks; Margaret and her mother at the Scott house with various animals; boats on the water; and a tram in Hong Kong. 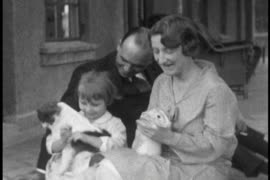 Item is an amateur film from Douglas Scott's time living in Hong Kong and Victoria, British Columbia, which captures the Scott family at their Hong Kong home; boats in a crowded Hong Kong harbour and various ships; a Texaco station; fireworks at night; the lights of downtown Hong Kong; the streets of Hong Kong, with a man giving a performance or a speech, street vendors, merchants, cars, rickshaws, and signs; a cricket match; the Cenotaph in Hong Kong; a military parade and people near the waterfront to see off an unidentified dignitary (perhaps a British Navy admiral based on his uniform); and airplanes flying in formation. In Canada, the footage includes fishing in boats; sailing, possibly in the Gulf Islands; a sunset over the mountains and trees; animals, including deer, chickens, and a bear; a garden and flowers. The film then returns to China, and captures parts of an airplane being transported, followed by shots of an airplane flying. 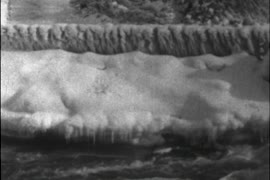 Item is a Kodak commercial reel, demonstrating the capabilities of Kodak Panchromatic black and white film. The demonstration consists of shots of a variety of natural scenes (including waterfalls, rivers, and ponds); animals (including horses, dogs, and cats); boats (including canoes, sailboats, and a warship); an airplane; and a game with men attempting to capture a flag which sits atop a greased pole. 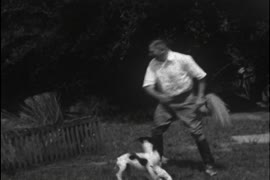 Item is an amateur film from Douglas Scott's time living in Hong Kong which captures an expatriate couple jumping horses over low brush fences and coaxing what appear to be fox terriers to jump the fence; slow motion shots of horse riding; dogs playing tug-of-war; and the expatriate couple play fighting and posing with props. 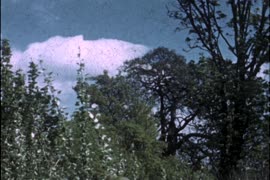 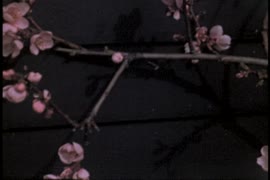 Item is an amateur film which opens with a "Photographed by Douglas Stewart Scott : Supplied by Scott Camera Craft Limited 1015 Douglas St. Victoria BC" intertitle. The film is composed of shots of spring around Victoria. Shots include flowers and gardens; lakes, meadows and trees at Beacon Hill Park; animals, including ducks, bears, and pheasant at the Beacon Hill Park zoo; a rural area with cows, puppies, and sheep; and a ship. The Empress Hotel, British Columbia Parliament Buildings, Inner Harbour and CPR steamships are visible in some of the shots. 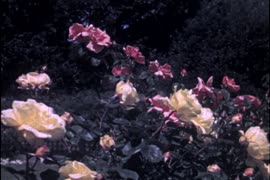 Item is an amateur film which captures flowers, gardens, parks, fallen leaves, boats, and a sunset over the water.