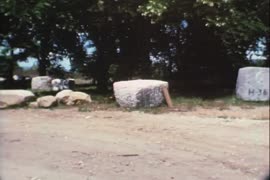 Item is an amateur film documenting the 1975 Vancouver International Stone Symposium at VanDusen Gardens. The film contains footage of the Symposium grounds and Kiyoshi Takahashi using hand tools on his sculpture, "Woman." 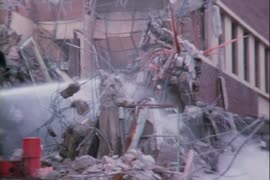 Item is an amateur film that begins with a shot of a film box with the number 1 written on it in a circle and continues with footage of a crane and wrecking ball demolishing Fire Hall No. 1 (729 Hamilton Street). Film also shows the General Post O...