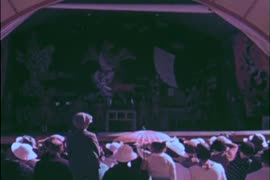 Alaskan Scenery and the Chinese Exhibit at Vancouver's Golden Jubilee

Item is a moving image/film documenting a Chinese performance at Vancouver's Golden Jubilee celebration that includes a theatrical stage show, a trapeze artist, and moving images of the Chinese Arch erected at Pender Street near Carrall Stree...

File consists of thirty-four prints and 109 negative strips with a total of 339 images. Includes photographs of various events and performances by singing and dance groups using the Chevron Presents Stage, including the YMCA 100th anniversary part...

File consists of two contact sheets with a total of sixty-one images, one of which is included in the file as a print. Note on original envelope read: "Tillicum: dancing with dragon, walking parade route, greeting people."

Item is an amateur film of the 1958 Chinatown Dragon Parade. The film includes views of spectators lined up along the parade route, buildings and signs for businesses along Pender Street, and cars and groups participating in the parade. Footage in...

Item is an amateur film of the 1960 Miss Chinatown competition. Film includes footage of the evening gown, Chinese dress, public speaking and talent competitions, the selection of pageant finalists, and the crowning of the winner.

The fonds consists of Paul Yee’s personal correspondence and records of academic achievement, writing and research files, subject files, photographs, and sound recordings, as well as publications and ephemera that he collected. These records relat...

Photograph album : Parade of Oriental Fashions, 18th Convention of the Canadian Food Processors Association and Year of the Serpent banquet

Item is an album containing photographs of the Parade of Oriental Fashions event at the 18th convention of the Canadian Food Processors Association as well as a program for the convention. The parade took place on January 22, 1965 in the Mai Tai R...

File consists of slides, originally arranged in slide sheets and a binder, depicting activities and events organized by the Vancouver Centennial Commission. Includes slides relating to the following: (K) April 6th (2011-010.561 to 2011-010.727); (... 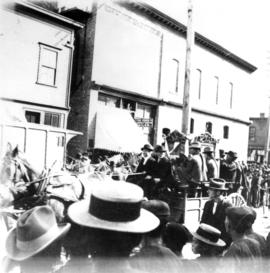 Photograph shows the casket being transported in a horse drawn wagon past Fou Chong Ladies and Gents Tailor. 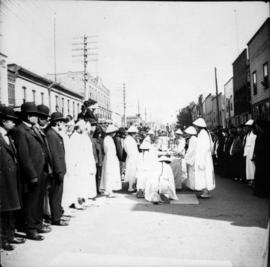 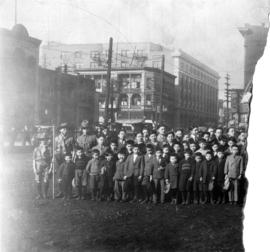 Photograph shows a large group of boys and young men (some in scout uniforms) standing on Pender Street. The Peking Chop Suey House in the Chinese Freemason's Building at 1 West Pender Street appears in the background. Approximately half of t...

Item is a group portrait of men and a few children taken in front of the Manton Co. Ltd. store building at 296 East Pender Street. 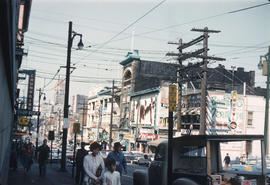 Photograph shows Bamboo Terrace, Mings, Chung King Chop Suey and other businesses and the Sun Tower in the background 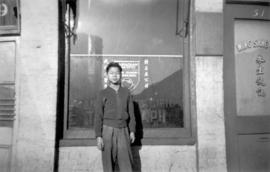 Mel Yip is a grandson of Yip Sang. 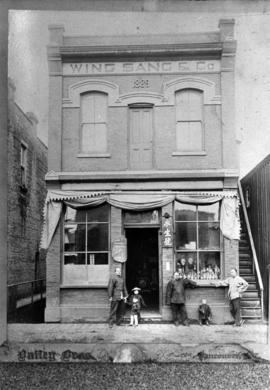 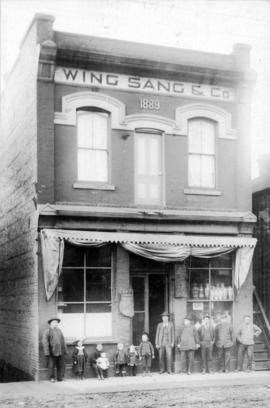 Photograph shows the Wing Sang Building prior to its expansion in 1901. Yip Sang is on the far left.