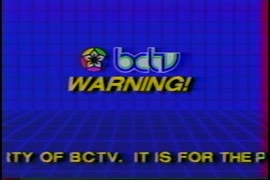 The feature is a presentation from BCTV’s News Hour (April 6, 1986) about the centennial birthday celebrations at Stanley Park. Presenter Irene Daniels discusses the celebration over footage of a variety of activities and events throughout the day. The feature begins with a one hundred gun salute, fireboats on the harbor, and a long section of the birthday fireworks. Next is footage of Mayor Michael Harcourt visiting the first baby born on April 6th, followed by footage of the parade, the concert at Brockton Point, and various celebratory park activities. The feature concludes with a speech by Governor General Jeanne Sauvé and the cutting of the Centennial cake by Sauvé and the mayor.