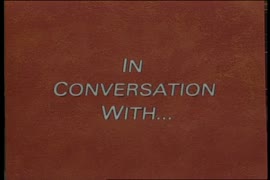 In conversation with Charmaine (pilot)

Item is an edited recording of a CBC television talk show pilot which features discussions with influential British Columbians, hosted by Charmaine Crooks. The first guest, community activist Jim Green on activism and community development; evictions caused by Expo '86 and his efforts to prevent them; his personal life and his accomplishments and vision. The second guest, artist George Littlechild, speaks about the artist's role in society; his past in foster homes and racism he experienced; his search for his own cultural identity; his Scottish and Plains Cree background; his art and inspirations; his spirituality; and his role models.