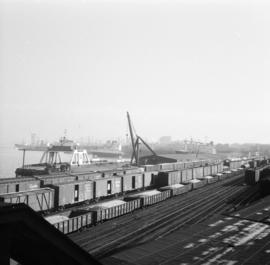 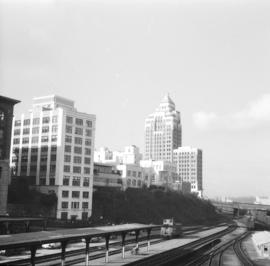 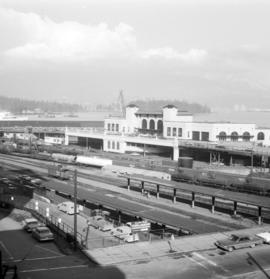 Item is a photograph showing the rail yard in the foreground and Stanley Park and North Vancouver in the background.

Item is a videocassette containing twelve clips of ‘Centennial Highlights’, broadcast on VU13’s ‘Vancouver Live’. Each short segment is on a different subject and presented by a different presenter.00:00-01:47, Clip 1: ‘Intro - 100 yrs old’ (Prese... 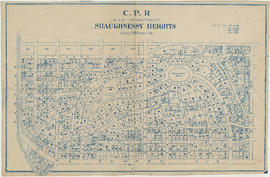 Item is a map showing block and lot numbers and surnames of owners for the area bounded by Arbutus Street, Oak Street, 15th Avenue, and King Edward. 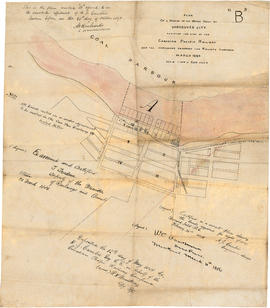 Plan of a portion of the water front of Vancouver city

Item is a tracing of a map showing the Vancouver waterfront between Granville and Carrall streets. The original map contains a number of attestations which have been traced: by W.C. Van Horne (Mar. 11, 1886); H.J. Cambie, Engineer in charge (Feb. ... 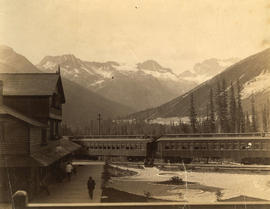 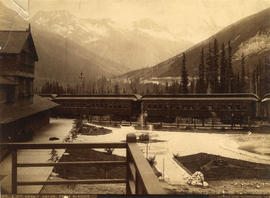 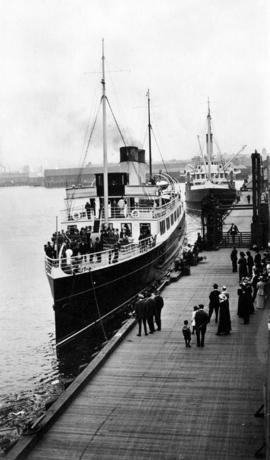 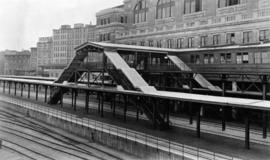 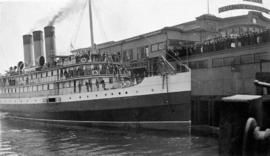 The fonds consists of miscellaneous court records, 1887 - 1893, relating to Greer's fight with the CPR over title to some land at Kitsilano, including a map showing his house, barn and fences in relation to the CPR right-of-way. Also included...

The fonds consists of Leask's diary, which includes personal expense accounts and references to the daily progress of the surveying.

File consists of newspaper clippings mentioning H.B. Abbott and others with the Abbott family name.

File consists of newspaper clippings related to Oscar Bowman was the storekeeper for the Canadian Pacific Railway Company.

Ocean to ocean : Sandford Fleming's expedition through Canada in 1872.

The new West. Extending from the Great lakes across plain and mountain to the golden shores of the Pacific. Wealth and growth. Manufacturing and commercial interests. Historical, statistical, biographical .

From Ontario to the Pacific by the C.P.R.

Trackside guide to CP Rail : railway points of interest as seen from the highway between Banff and Craigellachie.

Out west, by Secretan.

Canadian Pacific : a portrait of power.