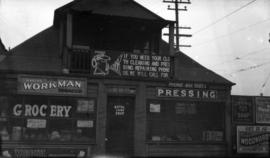 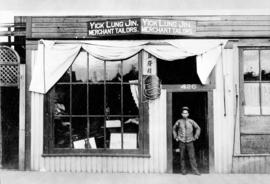 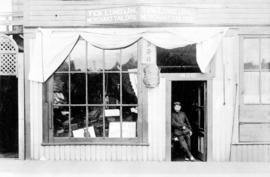 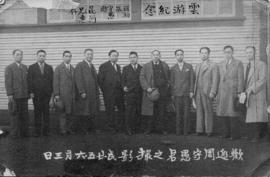 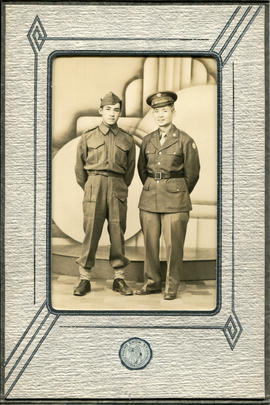 Collector/curator’s description reads: “Early 1940s, Vancouver. Bill Wong (left) of Modernize Tailors stands next to an uncle from the U.S. Both are dressed in military uniforms.” 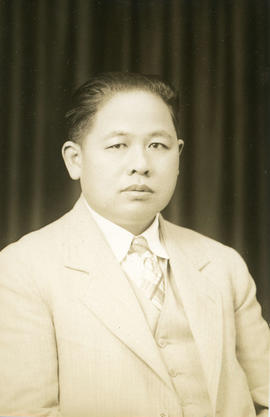 Collector/curator’s description reads: “C. 1935, Vancouver. Photo of businessman Kung Lai Wong, who owned Modernize Tailors. This photo was found in a box of portraits at the Wongs Benevolent Association.” 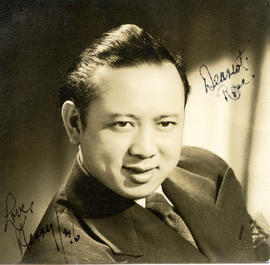 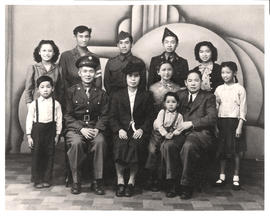 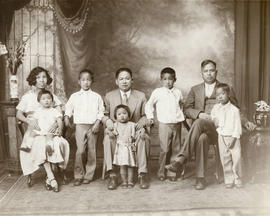 Item is an audio cassette containing an oral history interview with Bill and Jack Wong of Modernize Tailors.