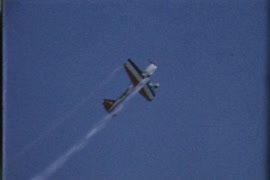 File is a photograph album showing images of the Labelle family and friends, interior and exterior views of the their home at 2677 West 43rd in Vancouver, students at Little Flower Academy, vacationing, golfing at the Marine Drive Golf Club and the Beach Grove Gold Course, the 1939 royal tour of King George VI and Queen Elizabeth, workplace scenes at a B.C. Telephone Company office, trips to other parts of British Columbia, various military and air force personnel, as well as scrapbook materials from a trip to California including commercial and personal photographs, postcards and other ephemera. Names and places are further identified for most images in the album. Some images are duplicates to images found in the other LaBelle family albums of this accession.