W. Hanley to P.D. Goepel re: lease of his land for a National School.

File contains the following titles: Grandma - Old Style; Deep Calleth Unto Deep; A Cup of Tea; People Like Us (newspaper); The Masque of the Two Strangers.

File contains the following titles: The Birthday of Infanta; The Pros and Cons; Brother Elks; A Matter of Husbands. 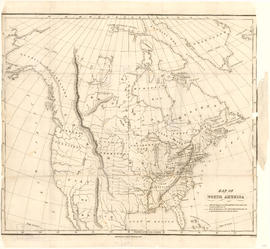 File contains the following titles: [untitled]; Sabotage; The Tea/Pot on the Rocks; Refuge; The Devil's Drum; Nor All Your Tears; Auf Wiedersehn!; Caramels; Green Chartreuse.

File contains the following titles: Mary of Scotland; It Seems Like Yesterday; It Is I; Release; Vile Offences; He Ain't Done Right By Nell; Fear.

Historical view of the progress of discovery on the more northern coasts of America : from the earliest period to the present time.

File contains the following titles: He Walked in Her Sleep; The Tom Cat; Do Let's Be Serious!

W. Peterson[?] to Robert Odershaw, Junior, re: possession of the "Road Drift" and rent.

Mr. Goepel's remarks re: some bricks are referred to in the letter. Pages 6-8.

File contains the following titles: The Breaking of the Bridge; Listening In; The Adventurous Age; George and Margaret.

File contains the following titles: [untitled]; Mary; Winds of Doctrine; The Master of the House; The Drums of Oude; A Wedding; A Minuet; Mozart and Salieri; The Toy Heart; The Man in the Bowler Hat; That Home in Nazareth; Fiat Lux (Let There Be L...

File contains the following titles: Dirge Without Dole; Auf Wiedersehn!; Return at Sunset; The Travelers; Rosemary's Garden; The Equivalent; Just as You Say, Dear!; The Patchwork Quilt; A Minuet; The Teeth of the Gift Horse; Watch on the Rhin... 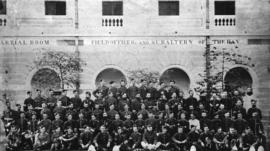 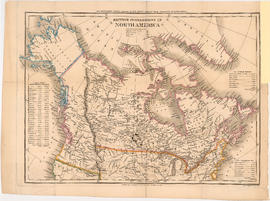 The fonds consists of business records of the Banfield family's insurance companies, papers from Banfield's university days, and papers relating to his volunteer activities, especially with the Vancouver General Hospital. There are also... 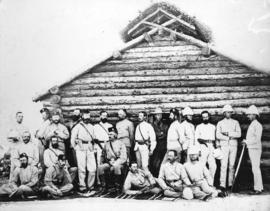 Item is a map which is a re-print of Arrowsmith's map of British North America. 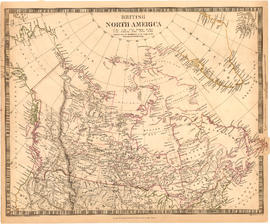 Item is a map depicting the territory that was part of British North America in 1834. The map depicts geographical features, forts and trading posts, factories and cities. The map was compiled from Hudson's Bay Company records of Parry, Fran...

File includes photocopies of school records of Dora McCleery, 1891-1893, photocopies of a diary kept by Reverend William Wood, 1836-1838, and other materials.

Collection consists of three volumes. The first is a diary, "The Newcastle Memorandum-Book and Register of the Northern Counties", 1836, which contains various entries, made later, by William Yates, and referring to his work on the rail...

Report of the select committee to which was referred the answer of His Excellency, the lieut. governor, to an address of the House of assembly, relative to a responsible executive council.

The collection consists of a scrapbook of clippings, notes and pictures concerned, for the most part, with Methodism in the United Kingdom, ca. 1837-ca. 1870, which appears to have been compiled by S.A. Redshaw of Bourne, Lincolnshire. There are ...

Draft agreement re: mortgage of 2 September 1832 between Dorset Goepel and John Gough.

Countersigned as "Received" at bottom. Page 61.