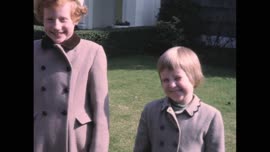 Item is a family film from 1964. Film includes footage showing the Cherniavsky family (Peter, Ann, Alix, Pippa, Tessa and Jan) in the yard at their home at 6688 Marguerite Street, Easter and Jan's fifth birthday celebrations at Cowan's Point on Bowen Island including swimming and boating. The film ends with footage of a whaling expedition in Port Hardy, showing aerial views of the wharf, ocean and beach, harpooning a whale and men processing the whale on a pier. 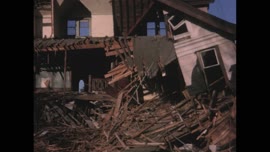 Item is a family film from between 1965 and 1966. Film includes footage showing the demolition of a house at 3738 Pine Crescent, Cherniavsky family trips to Bowen Island, Whistler, Brentwood Bay, Butchart Gardens and Grattan's Ranch in Lone Butte B.C.