Item is a site plan, depicting a proposed development of the eastern portion of Stanley Park at Coal Harbour. The drawing depicts trails, two playgrounds, a restaurant, a museum, a stadium and a rowing club. 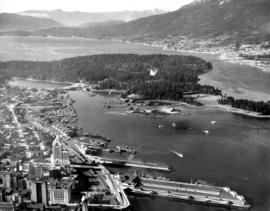 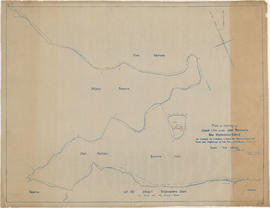 Map shows the area around Brockton Point as it was surveyed in 1863.