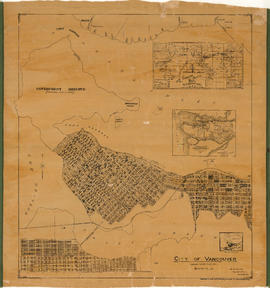 Map is a plan of Kitsilano Point showing the area currently known as Kitsilano Beach and Vanier Park. The map shows in detail the land designated as the Kitsilano Indian Reserve, including the location of the First Nations village on False Creek and the older village of Snauq. Indicated are the boundaries of the original reserve as constituted prior to Confederation, and the addition made by the Joint Commission on 15th June 1877. The map shows the location of First Nations homes and their owners as well as orchards, hops growing area, and cemetery; a legend on the right side of the map provides further explanation. Map also shows the location of the Canadian Pacific right of way, Tait's Mill, the Third Avenue Bridge, Sam Greer's house and garden on what is now known as Kitsilano Beach, as well as creeks and other physical characteristics of the land. 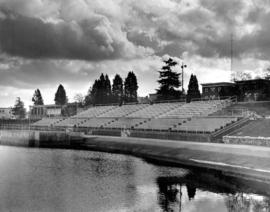