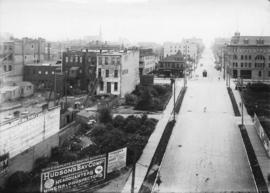 [View along Granville Street looking south from the waterfront]

An attached label reads: "Looking south on Granville Street, during the 'Klondyke Boom,' 1898-9. The Williams stone buildings on the right gives the key to the picture. The Royal Bank and Post office are now on either corner. - P... 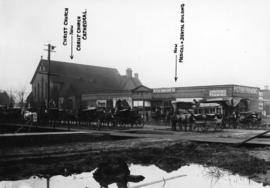 Photograph shows horse-drawn carriages on street, including one for the Badminton Hotel; Christ Church Cathedral; and a building containing both a grocery store (Kyle Grocery) and a picture framing store (Timms Art Emporium), later the site of the... 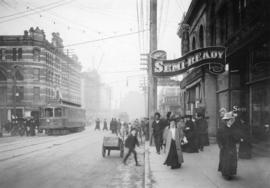 A label on the back of the photograph mounting reads: "Granville Street, near Pender. Looking North. A foggy day in the autumn. One auto, tram cars on left hand side, the hand cart, Rand Bros. office, Old Style sign of 'Semi-Ready.&#... 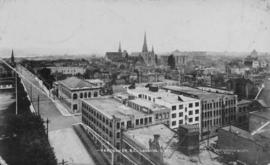 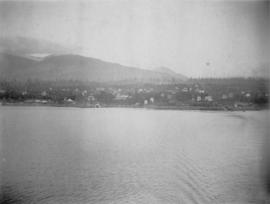 Photograph shows roads, houses, and other buildings near the North Vancouver waterfront.

Photograph shows docks and boats, commercial and industrial buildings, and houses in the distance. 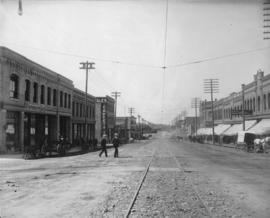 Photograph shows streetcar tracks in the middle of the street, and businesses on either side. Also shown are various horse-drawn carts, and two men crossing the street. 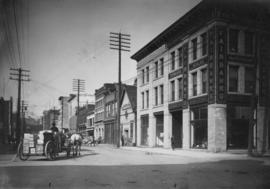 [Panorama view of Burrard Inlet, from the Hotel Vancouver] 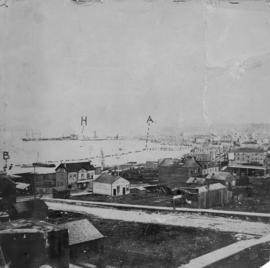 Vancouver, about end of 1886 (after fire), showing Cordova and Hastings Streets, and the City Wharf 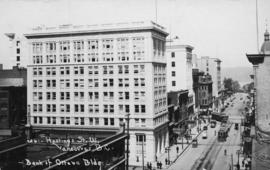 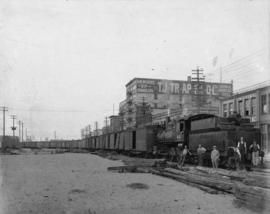 Photograph shows six men posing at front of train. Various buildings can be seen behind the train, including T. J. Trapp and Company (688 Columbia Street) and Anderson and Lusby (634 Columbia Street). 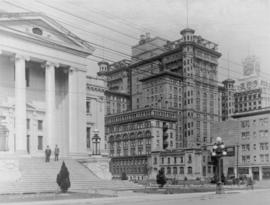 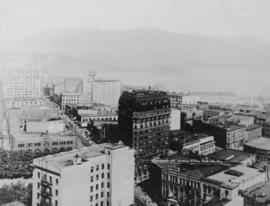 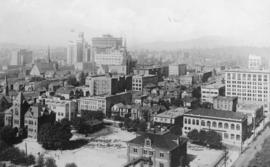 Vancouver, B.C. - looking north from the World Building [at Pender and Beatty Streets]

Photograph shows buildings, with Stanley Park in the distance. 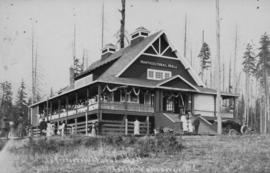 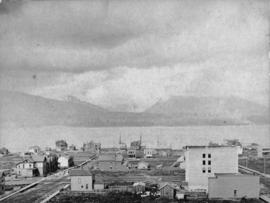 [View from the Hotel Vancouver]

Photograph shows buildings along and between Howe and Granville Streets, as well as the waterfront area. 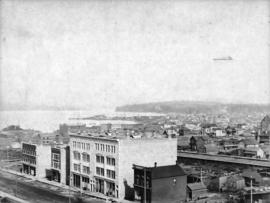 [View from the Hotel Vancouver] 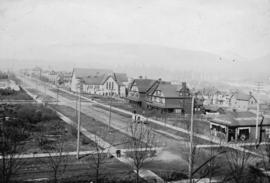 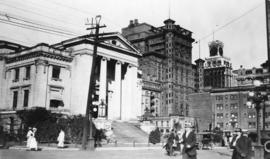 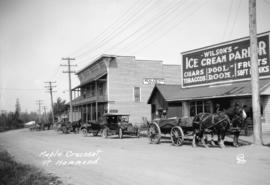 Photograph shows horses and carriages and an automobile on the street outside the J.M. Dale General Merchandise building and Wilson's Ice Cream Parlor. 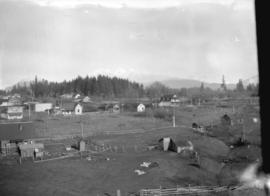 [View of buildings and businesses in Port Hammond.] 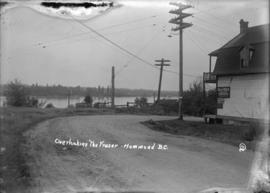 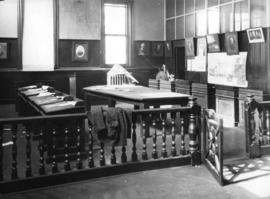 The photograph shows the interior of the room, with papers scattered on the desks and floor, and with one blind torn from the window. 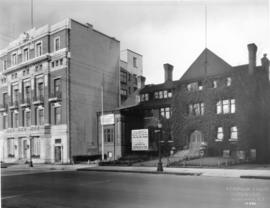 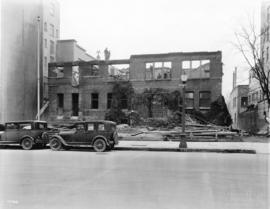 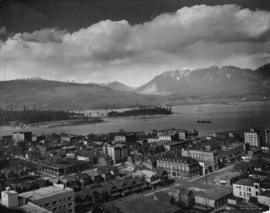