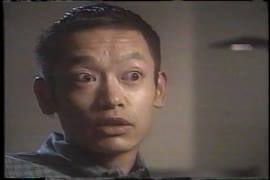 Sing Out : the hidden legacies concert

Item is a videocassette containing the television program "Sing Out! The Hidden Legacies Concert". The program features interviews with members of the Vancouver Men's Chorus talking about their involvement with the group and performance of Hidden Legacies. Hidden Legacies was a performance focusing on the topic of HIV/AIDS, the program shows clips of the performance and rehearsals. "Sing Out!" was directed by Hugh Beard and Howard Shaw; produced by Rob Bromley; written by John Ritchie; and produced in association with U.TV and Knowledge Network. 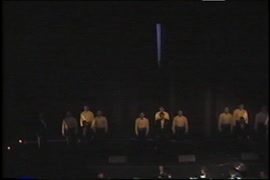 Item is a videocassette containing a recording of the Vancouver Men's Chorus performance of "Great Girls" at the Vogue Theatre. 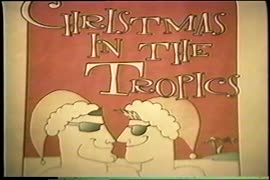 Homo for the holidays III : Christmas in the tropics

Item is a videocassette containing a recording of the Rainy City Gay Men's Chorus production of Christmas in the Tropics. Video opens with a title card with the text "Amazing Video Productions, Vancouver, B.C., and Jim DeYoung wish to thank Heather Harding and the Rainy City Gay Men's Chorus for the opportunity to video and present this to show you all." The video then pans over the event poster before the recording of the show begins. The show also includes songs performed by the Vancouver Women's Chorus.