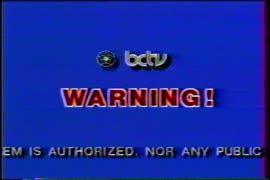 Item is a videocassette containing a feature from Vancouver television station BCTV’s News Hour (April 4, 1985) about the winning song in the Vancouver Centennial theme song contest: ‘The Vancouver Song’ or ‘Vancouver (you'll always look like home to me)’.

Presenter Clive Jackson discusses the song, contest, and recording over studio production footage of the recording of the song. The piece also includes an interview with Megan Metcalfe, the song’s composer, about how she came up with the song and an interview with Brian Tate (the producer) about what kind of song the contest committee was looking for. A large chunk of the finished song is then played over shots of Vancouver life and landmarks. The presenter then plays the track for a variety of people on the street in downtown Vancouver for their reactions.