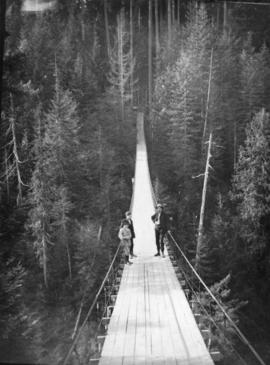 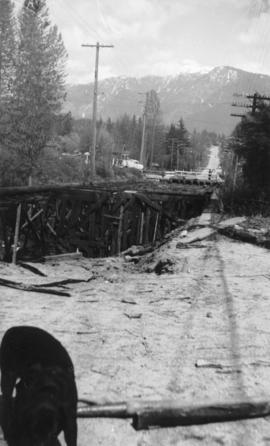 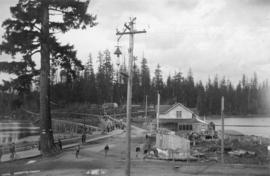 Photograph shows pedestrians and cyclists on bridge into park. Photograph also shows a building at one end of the bridge, and trees in the background. 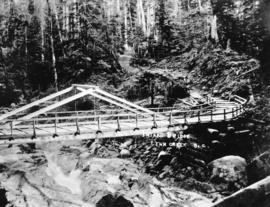 Photograph shows a small wooden bridge over a creek bed, connecting to a path in the forest. 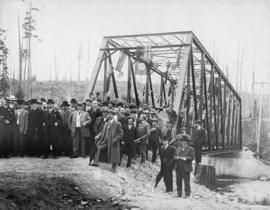 Opening of the Seymour Creek Bridge by Premier McBride

Photograph shows a group of men and women assembled in front of the bridge. 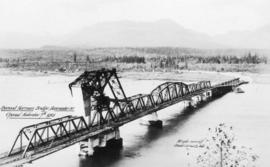 Photographs in album show various areas and scenes in Stanley Park, including: entrance bridge, a path next to a gazebo, a picnic area among trees, the road to the resevoir, a group assembled in a clearing, a pedestrian bridge, the seal pond, a wo... 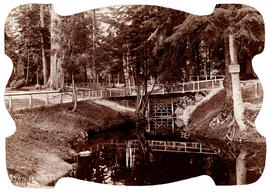 Photograph shows the Capilano River, and individuals on the suspension bridge above. 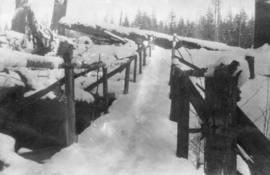 Temporary bridge from the log cabin across the creek 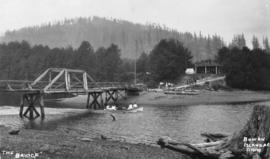 Lettering on the back of the postcard reads: "Terminal Steamship Co.'s route." 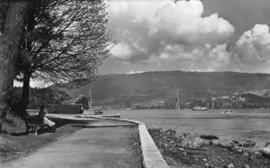 The Lion's Gate [Bridge from the Stanley Park seawall]

Photograph shows a man sitting on a bench by the seawall, the Lion's Gate Bridge, the Burrard Inlet and West Vancouver in the background. 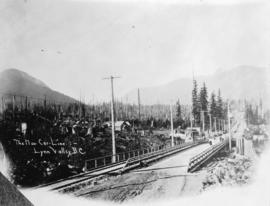 Photograph shows a streetcar crossing a bridge, and pedestrians on the parallel road. Photograph also shows houses, trees, and mountains in the distance. 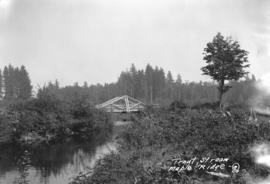 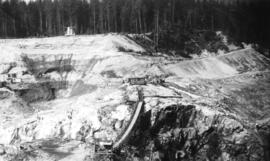 West side of upper Capilano Canyon

Notes on the back of the photograph read: "Temporary suspension bridge for working crew of Cleveland Dam." 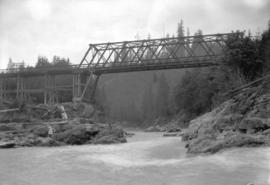 [Girl standing on rocks, below bridge on the Fraser River]

[Group of men and women on suspension bridge], Capilano Canyon

Photograph shows individuals on bridge, with river running underneath. 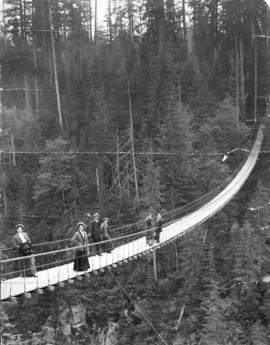 [Group of men and women on the Capilano Suspension Bridge] 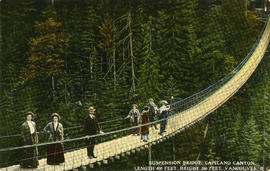 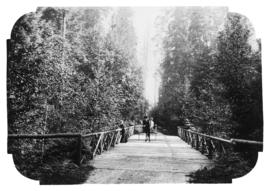 Photograph shows couple in buggy passing a woman standing at the side of the bridge. 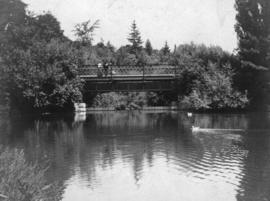 [Man, woman, and child on bridge] 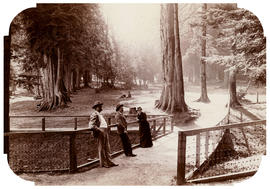 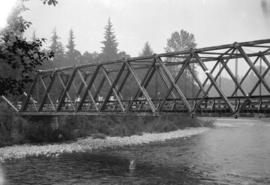 [People on bridge over the Fraser River] 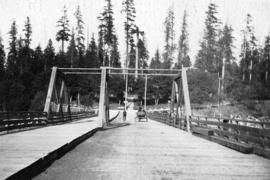 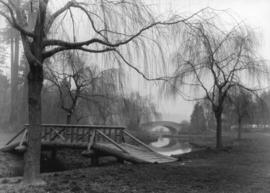 [Willows and bridges at Stanley Park] 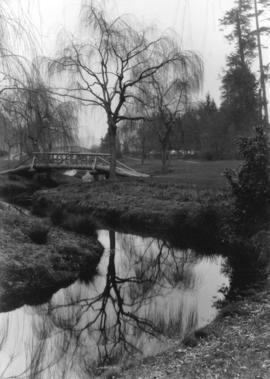 [Willows and bridges in Stanley Park] 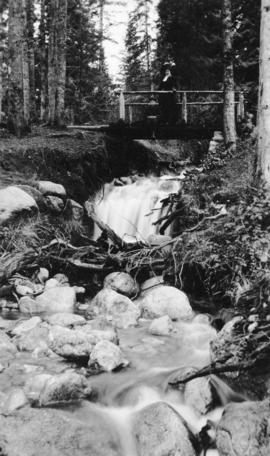 [Woman and boy on bridge over small stream] 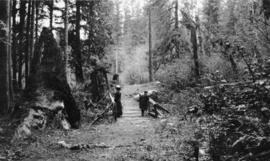