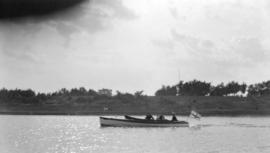 [View from Vancouver Rowing Club at the foot of Thurlow Street]

Panoramic view showing a regatta, rowing races and a barge for spectators

[Canadian Pacific Railway docks at the foot of Granville Street] 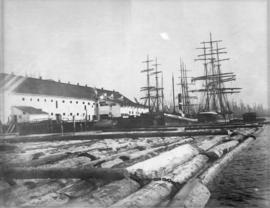 Photograph shows a log boom, three ships and the exterior of the sawmill 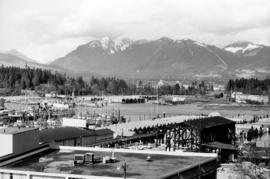 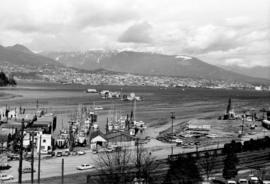 Item is a letter from Burrard Dry Dock Company (previously Wallace Shipyards) regarding the location of a photograph. 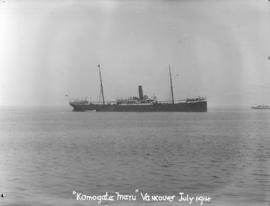 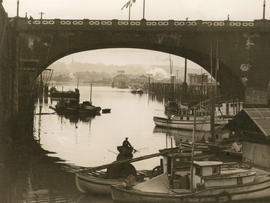 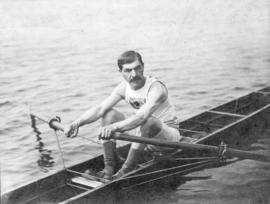 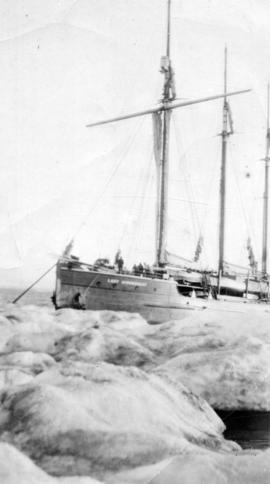 [The "Lady Kindersley" in the ice] 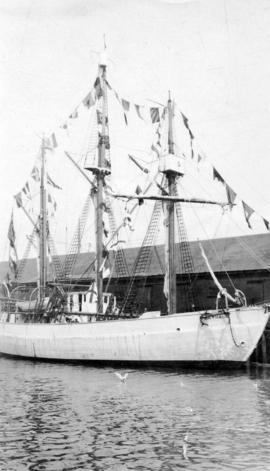 [The Hudson's Bay Company's M.S. "Baymaud" at the Evans, Coleman and Evans dock] 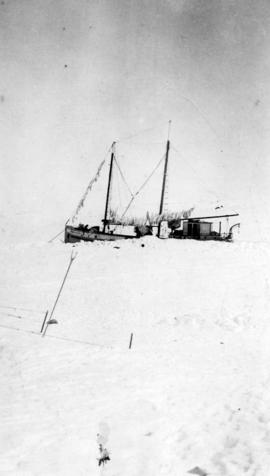 [The "Fort Macpherson" stuck in the ice] 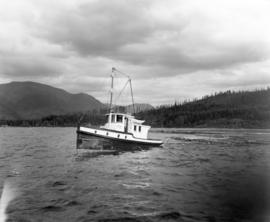 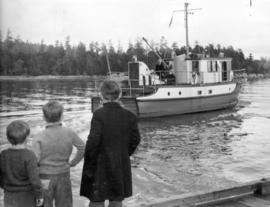 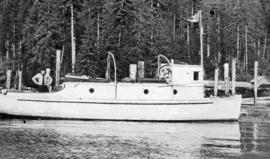 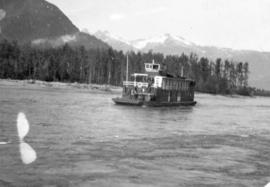 [The "Hazel B" on Telegraph Creek] 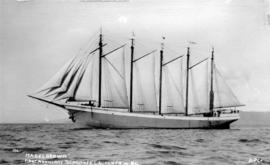 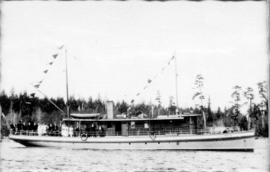 [View of a wedding party on the deck of the Columbia Coast Mission's M.S. "Columbia"] 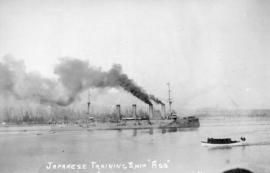 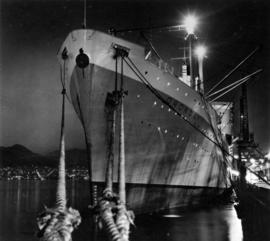 Photograph shows the "Oronsay" at dock. Photograph is mounted on a 1956 calendar from Leonard Frank Photos. 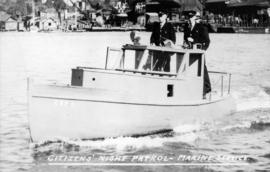 Arrival of their Royal Highness Duke and Duchess of Connaught, Vancouver May 22nd, 1890 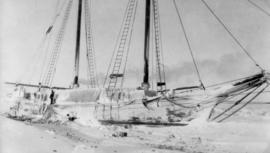 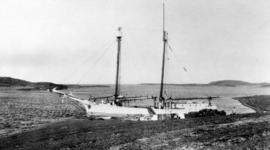 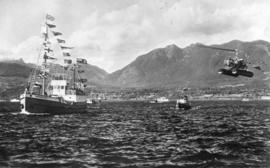 Item is a mounted photograph that is the interior part of a 1957 Christmas card sent to Major Matthews from Colonel W.J Burns-Miller. The card's folder commemorates British Columbia's Centennial year, 1958. The card contains more informa... 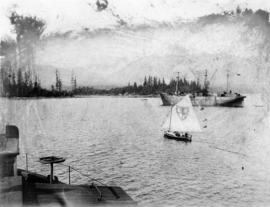 [View of the "Robert Kerr" from the bow of a C.P.R. car barge to Ladysmith] 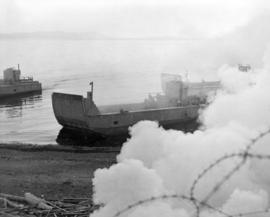 [Demonstration of an assault landing by an LCM (landing craft, mechanized) at Kitsilano Beach during the Diamond Jubilee]

Item is a photograph. Typewritten notes with the photograph read: " ASSAULT LANDING - A beach assault landing such as took place in the various theaters of war will be demonstrated when these same LCM's will make an opposed assault on Ki...

View of waterfront showing the C.P.R. yard, piers and ships; courthouse under construction; Granville Street from the 500 block and south; Holy Rosary Cathedral and the spire of St. Andrew's Church; the railway station and yard, Kelly Douglas... 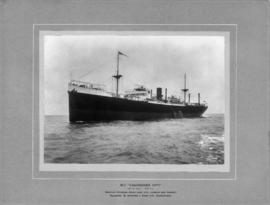 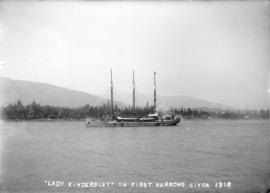 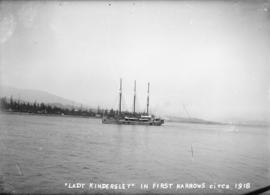 Panoramic view from Pender Street showing the C.P.R. car barge dock, the Immigration Building and Pier A and the squatter's shacks on Deadman's Island

[Old and new Canadian Pacific Railway stations, piers and ships from the foot of Howe Street]

Panoramic view showing two barges with Canada Public Works rock cutter and breaker structures. One ship is identified as the "Achilles" and the dredge ship as the "Mastadon".

[View of ships at Terminal Dock]

Photograph shows the sawmill, bunkhouses and ships at dock

[Northwest view of Vancouver from Dunsmuir and Hornby Streets] 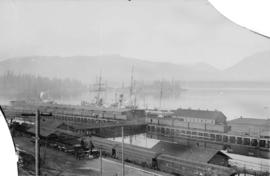 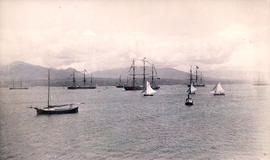 Warships identified (left to right) H.M.S. "Swiftsure", "Champion", "Icarus" and the "Amphion" behind