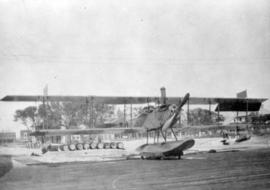 [A hydroplane prior to a test flight] 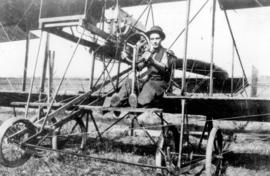 William A. Straith [at the controls of a Farman Pusher Biplane] 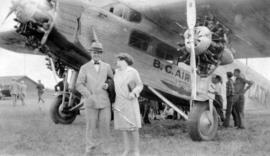 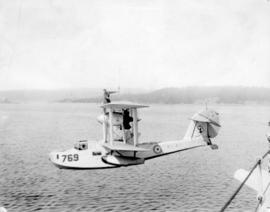 [A Supermarine built "Walrus" seaplane suspended from a crane] 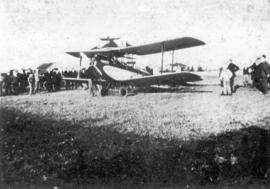 Item is a photograph. Notes written on the back include:"This is an early Vancouver plane, one of the first after the war. It fell into English Bay, and drowned the son of a clergyman. I think his name was Brenton.It was recovered and rebuilt... 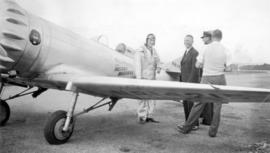 [Pilot Keith Ryder, Mr. Way and Noel Humphries and Joe Bertalino prior to the first non-stop flight to Mexico]

[Airport and runways under construction]

Photograph shows crowds along the runway to view airplanes and hangers.

Photograph shows people gathering near the runway to view airplanes and hangars. 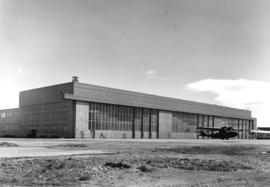 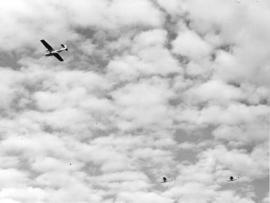 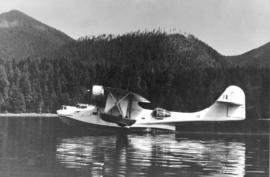 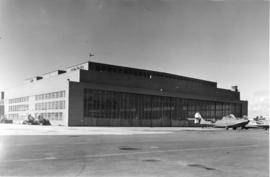 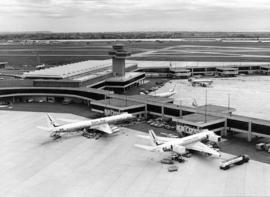 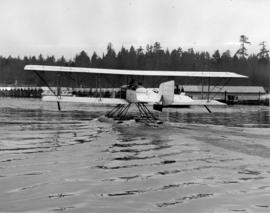 Photograph shows the Royal Vancouver Yacht Club. The event commemorates the 50th anniversary of the first mail flight from Canada to the United States. 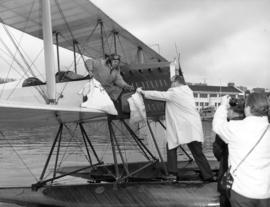 Photograph shows William E. Boeing Jr. (in the white coat). The event commemorates the 50th anniversary of the first mail flight from Canada to the United States. 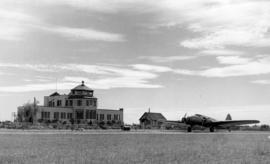 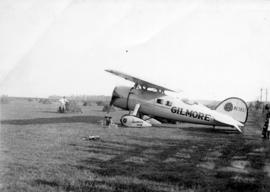 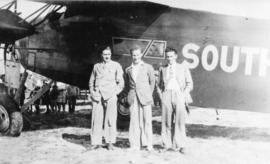 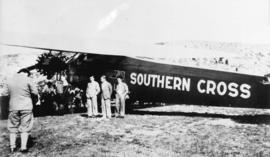 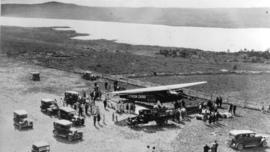 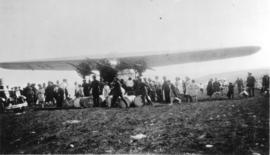 [The "Southern Cross" with spectators at Harbour Grace] 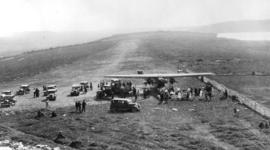 [The "Southern Cross" airplane and spectators at Harbour Grace]

[Rear view of the "Southern Cross" airplane at Harbour Grace] 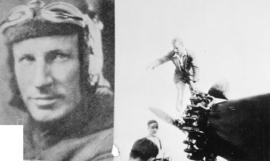 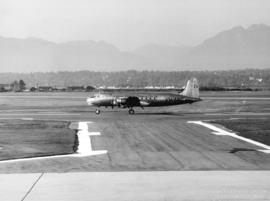 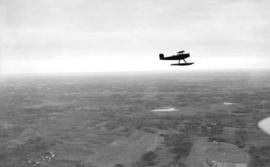 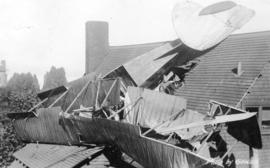 [Hydro plane crash into roof of house at 755 Bute Street] 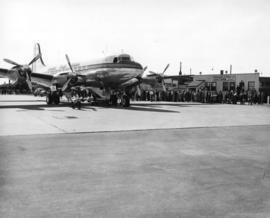 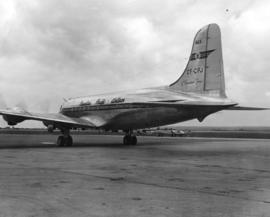 The "Empress of Auckland", C.P.A. transpacific aircraft, on tarmac at Vancouver Airport. 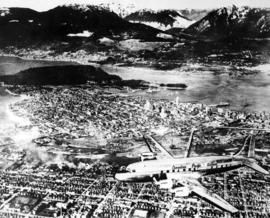 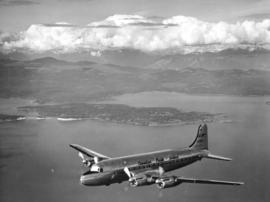 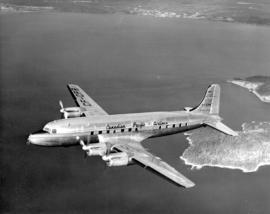 Canadian Pacific [Airlines] "Empress of [Vancouver" in the air] 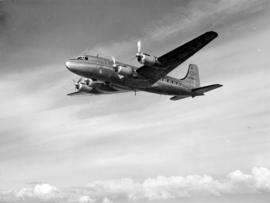 Canadian Pacific [Airlines] "Empress of [Vancouver]" in the air