Item : CVA 371-17 - [Demonstration of an assault landing by an LCM (landing craft, mechanized) at Kitsilano Beach during the Diamond Jubilee] 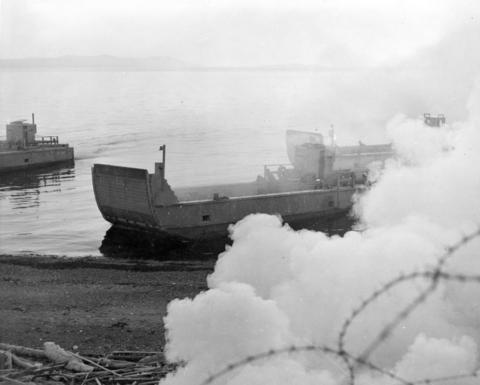 [Demonstration of an assault landing by an LCM (landing craft, mechanized) at Kitsilano Beach during the Diamond Jubilee]

Item is a photograph. Typewritten notes with the photograph read: " ASSAULT LANDING - A beach assault landing such as took place in the various theaters of war will be demonstrated when these same LCM's will make an opposed assault on Kitsilano Beach at 4PM the 7th of July. Personnel of all units of Greater Vancouver will take part in demonstration as well as in the other Diamond Jubilee events depicted by the Army: the Inagural [sic] Parade 1st July, The huge Services Day Parade 7th July, the gigantic display at Seaforth Armouries 1st to 13th July, and the army's part in the colourful Pageant at Brockton Point Oval 1st to 13th July."